For alternative music fans, Seattle is the place to go to hear great live music, see where epic artists got their start in the music industry, and retrace the footsteps of music legends. From clubs and recording studios to memorials and sheer inspiration, Seattle honors past musicians and encourages future artists, and entertains fans with many ways to soak up the sounds of the Pacific Northwest music scene. 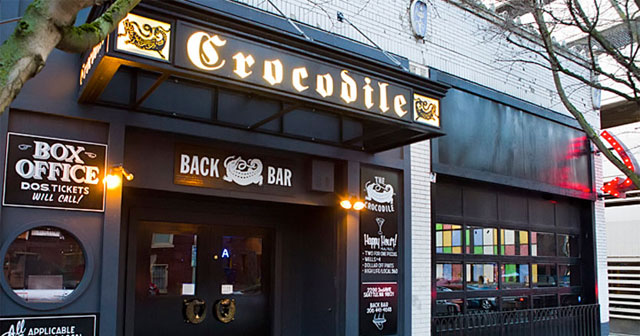 If you were a grunge music fan living in Seattle in the ’90s, chances are you saw one of the then “up-and-comers,” such as Nirvana, Pearl Jam and Sound Garden, play at the Croc. This music venue is still the place to go to hear new music that just might become mainstream someday soon. 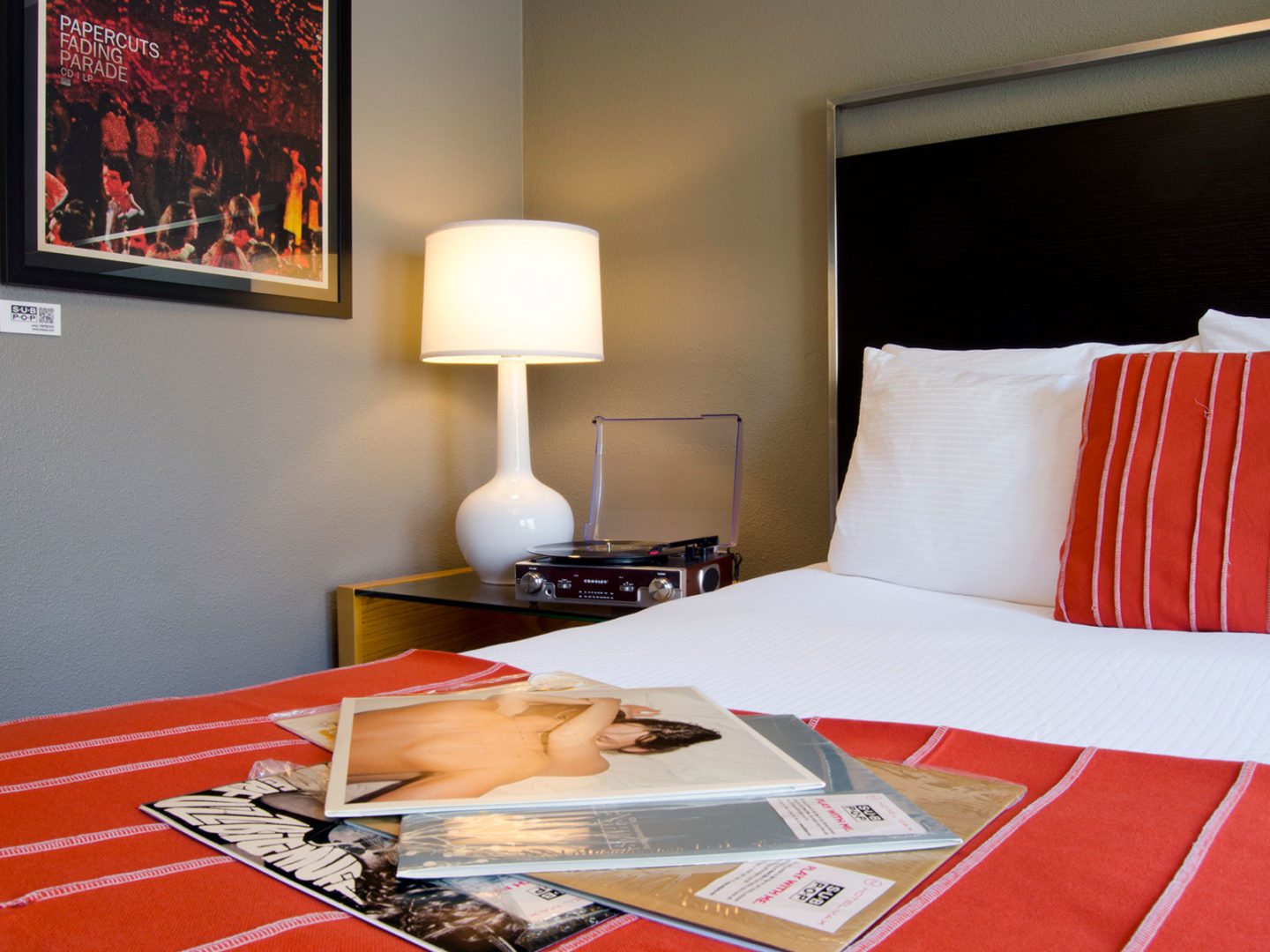 Spin some vinyl in your hotel while enjoying a craft beer at the landmark Hotel Max, a boutique hotel that caters to creative types. With a curated art collection, extensive assortment of records, and a minibar stocked with treats and libations from local vendors, this hotel boutique hotel rocks. Book a room on the fifth floor to dive deeper into the music culture with rooms decked out in decor inspired by Sub Pop Records, an independent Seattle label with a cult following. You can even take home some Sub Pop merch. Or, if you forgot, you can buy Sub Pop items at their shop at the airport. 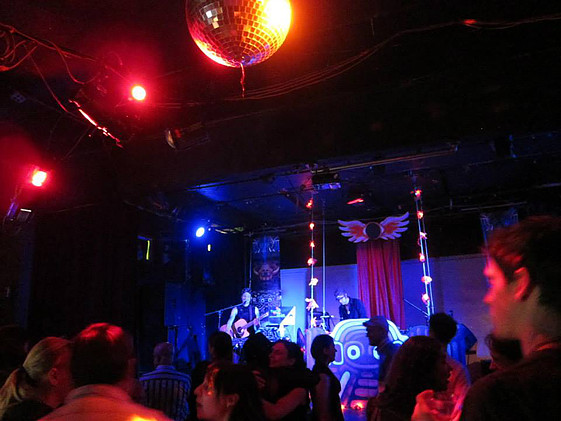 Walk in the footsteps of Kurt Cobain at Re-bar, where the band released their debut album, Nevermind. Party like a rock star at this venue that features live music, theater and local artwork, and welcomes diversity. Leaving town and still need your live music fix? You can hear live bands while waiting for your flight at the airport.

ALSO: Make your Seattle vacation rock even harder when you sign up for CheapCash—it’s free to join! 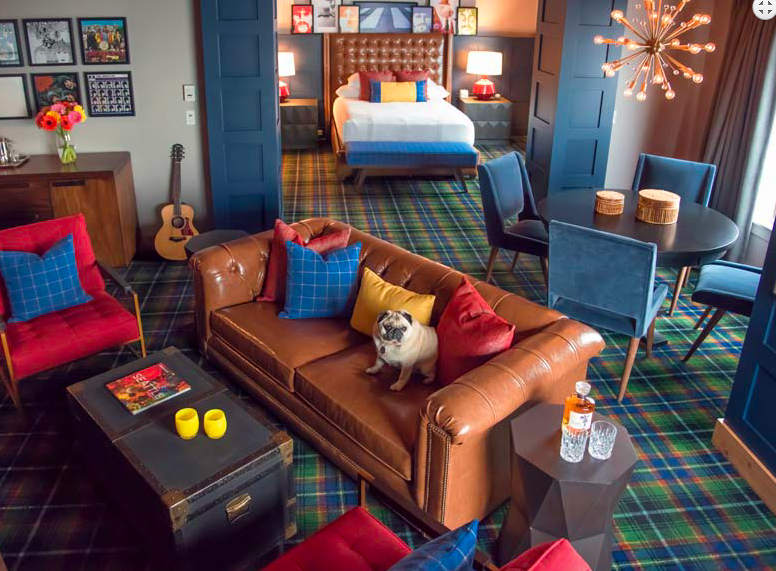 Image courtesy of The Edgewater Hotel

This waterfront hotel has hosted some noteworthy rock legends, such as The Beatles, Led Zepplin and The Rolling Stones. Guests can feel what it’s like to live like a rock star by booking one of the Rock N’ Roll suites at The Edgewater. The newly available Beatles suite will make fans want to twist and shout. Listen to a Beatles album on the in-room record player while surrounded by London-inspired décor and Beatlemania artwork. 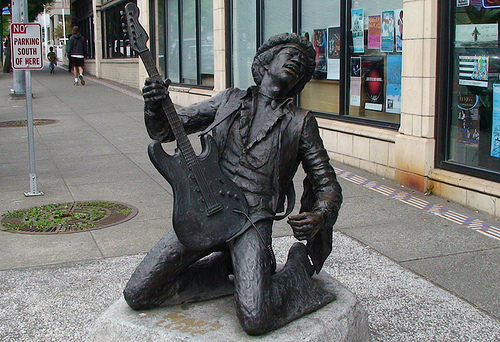 Rock legend Jimi Hendrix made an impression on Seattle. You can’t leave the city without taking a selfie with the bronze statue of him by Seattle artist Daryl Smith in front of Blick Art Materials at 1600 Broadway. There is also a large memorial where Jimi Hendrix’s remains are buried at Greenwood Memorial Park in Renton. 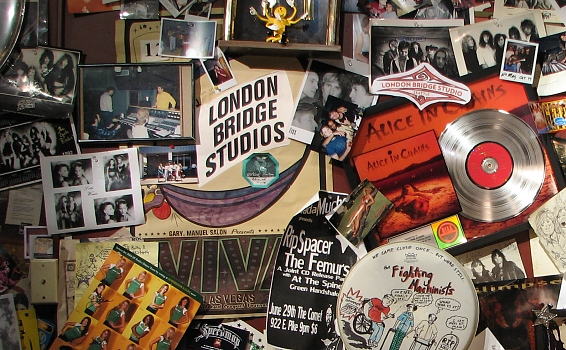 Step back in time and see where music and lyrics came together to create songs that would last a lifetime. London Bridge Studio offers a one-hour tour that showcases the original equipment used to make albums by rock bands such as Alice In Chains and Blind Melon, as well as historic memorabilia. The studio is still in use by today’s artists and uses a mix of old and new technology to create cutting edge sounds. 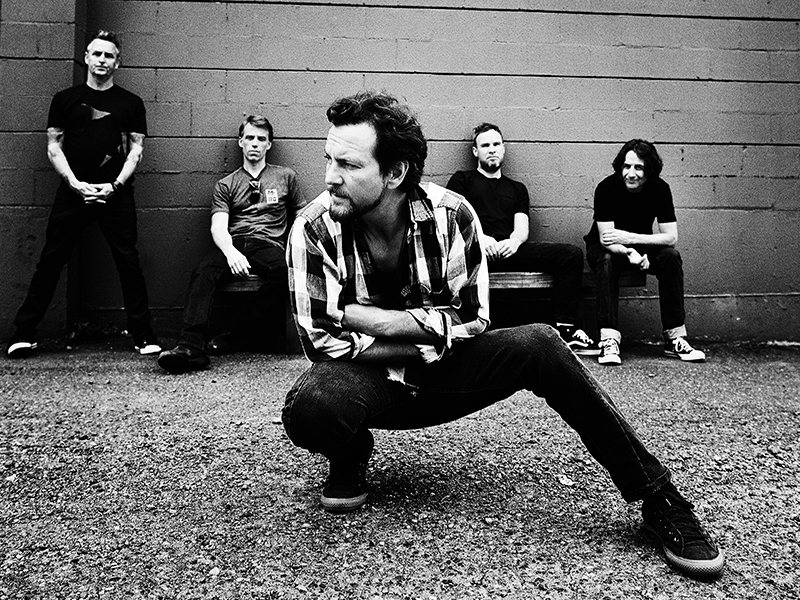 A must-do for music lovers visiting Seattle is a trip to the Museum of Pop Culture (MoPOP). Exhibits of interest include “Nirvana: Taking Punk to the Masses,” which includes an extensive collection of all things Nirvana. You’ll find hand-written lyrics and sketches by Kurt Cobain, Dave Grohl’s drum kit, original concert fliers, documentary images and more. Next, stop by the “Hendrix: Wild Blue Angel” exhibit to see Hendrix’s passport, diary, mixing console and lots of photographs that piece together his life in rock. Don’t miss the “Pearl Jam: Home and Away” exhibit (opening in August) that tracks the band’s journey from nobodies to celebrities. On display will be original album covers, props from concerts, loads of photographs, instruments used by band members and set lists. Lastly, swing by the Sound Lab to make your own music. Take home a recording of your best set. 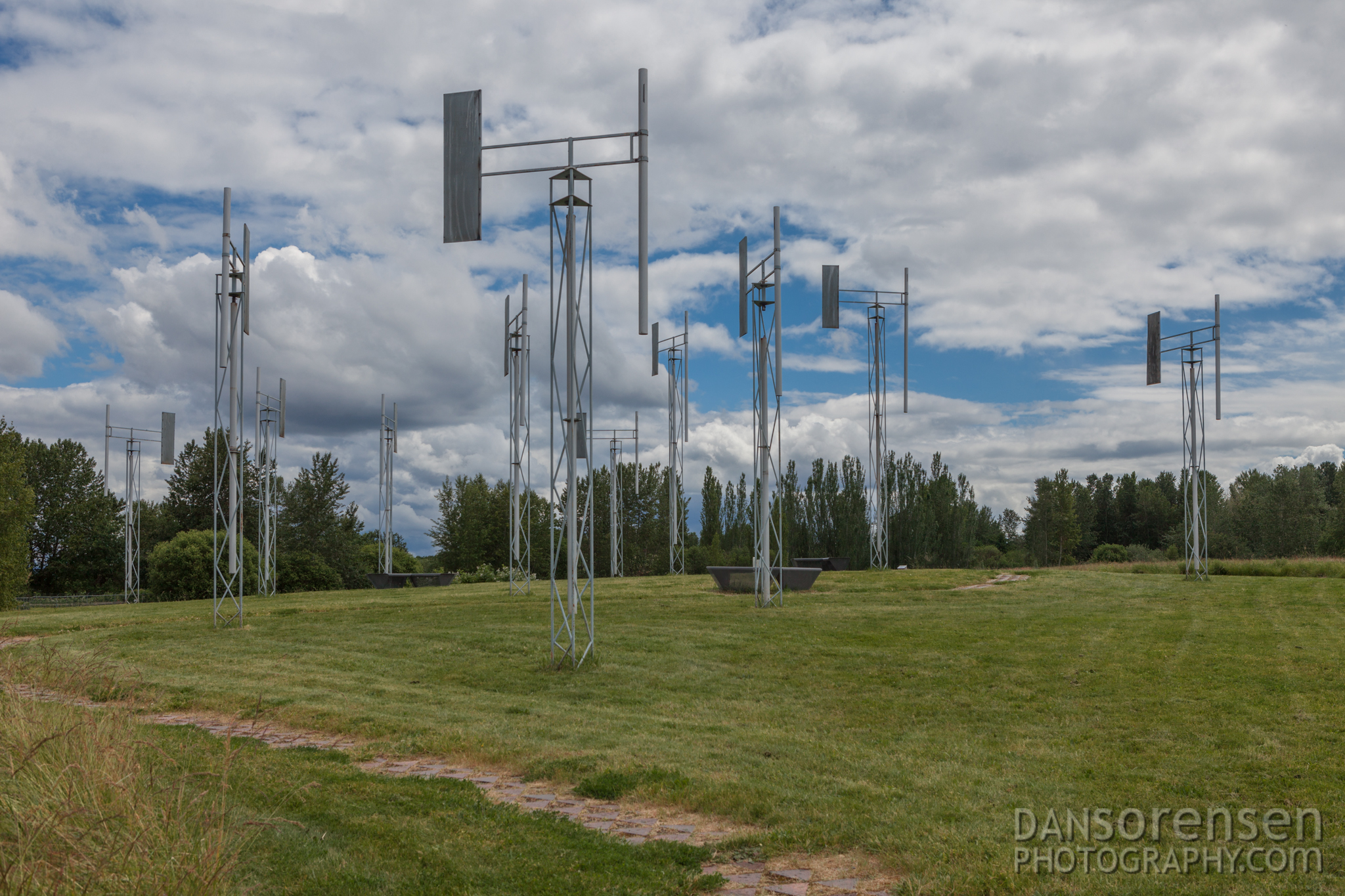 The Sound Garden, which the Seattle classic rock band Soundgarden was named after, is a large outdoor art installation made from steel pipe structures that create musical sounds when the wind passes through them. It is located on the shore of Lake Washington and is open to the public, but visitors must pass through a security stop and show ID. 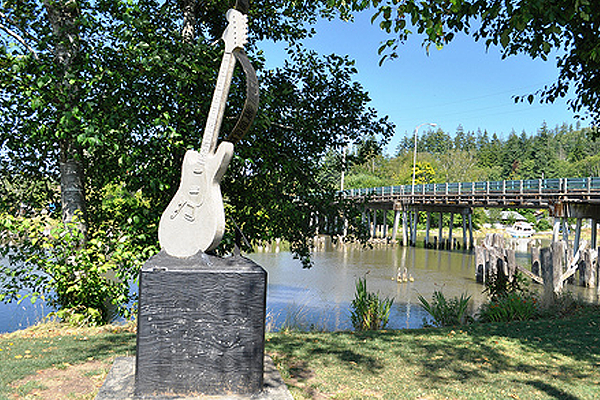 There are various way to get an inside look at Kurt’s life in Seattle. Fans like to drive by the last home he lived in at 171 Lake Washington Boulevard in Seattle, although it is not open to the public. In Aberdeen, Kurt’s hometown, you’ll find Kurt Cobain Memorial Park, which features a good-humored sculpture that involves a stand holding Kurt’s air guitar, as well as a guitar statue, a memorial headstone and the bench where he might have spent endless hours contemplating lyrics that represented his life. The Aberdeen Museum of History also offers a walking tour of Kurt’s time spent there that may include private residences that Kurt lived in, schools he attended, the Young Street Bridge where he apparently hung out with friends, and other places he frequented.

Sharael, founder of Family Travel Channel (familytravelchannel.com), has been writing about travel since 1995. Her work has appeared in Sunset magazine, Outside magazine, ForbesTravelGuide.com, MSN.com, and many others. Follow her on Twitter @FamTravChannel, FB and Instagram @FamilyTravelChannel. See more of her work at Sharael.com. 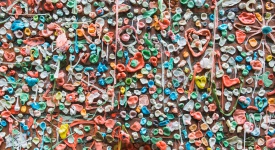 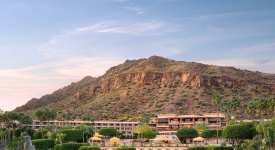 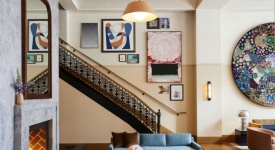 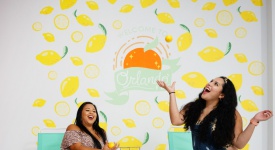 One thought on “The ultimate music lover’s guide to Seattle”