The 13 best budget destinations for 2018

We all know travel can be sublime, relaxing, ridiculously fun and even life changing. But can travel really be affordable? While that’s a relative question, we’ve rounded up 13 fantastically inexpensive destinations that you should try to visit this year, from an exotic locale that lets you ply its waterways on a houseboat (affordably!) to an unsung American beach town.

RELATED: 10 great hotels for when you’re young, broke and awesome 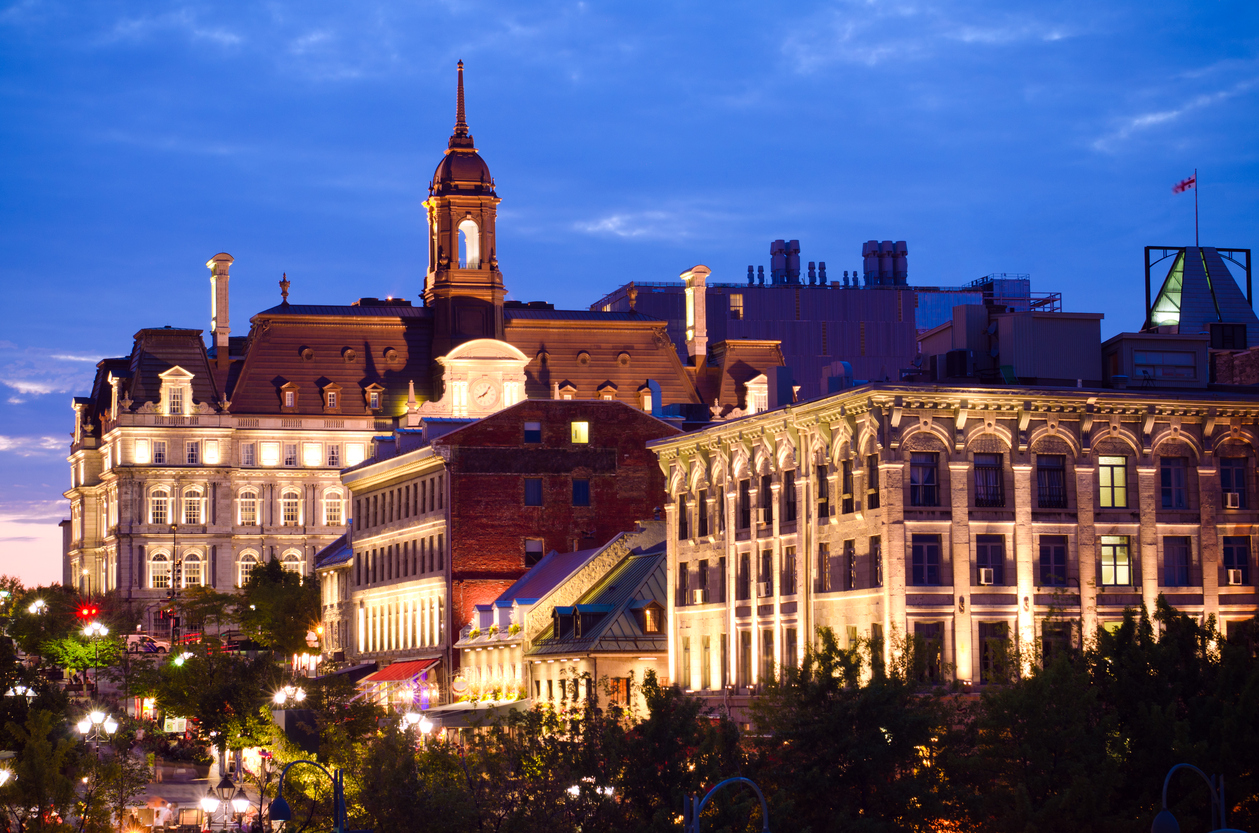 The US dollar is still pretty strong against the Canadian dollar, and where else can you feel a world away so close to home? We love Montreal for its European vibe, great art and music scenes, and vast and varied dining options. Foodie to-do lists should include noshing on one of the city’s famous hot, fresh bagels from St. Viateur, indulging in poutine at La Banquise or canard en conserve at Au Pied de Cochon, and sampling cheese, chocolates and more at Jean-Talon Market. Interesting hotel options abound here, too, including the Hotel Epik Montreal, which is housed in an old stone-walled warehouse in the city’s historic Vieux Port neighborhood. 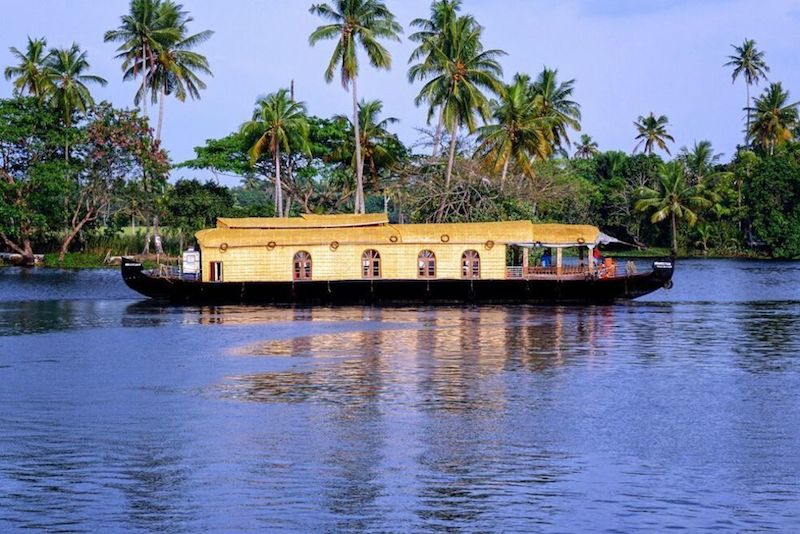 India has been a budget traveler’s mecca for decades now. And while picking just one destination in this huge, diverse, beautiful country is a tall order, we especially love the Kerala backwaters for its one-of-a-kind houseboat experiences. You can rent a boat like this one (get one with an upper deck for added privacy), and have your own chef, captain and boat boy at your service. Essentially, it’s a private yacht experience for much, much less money! Once aboard, you’ll cruise the canals, floating past fishing villages, colorful houses and paddy fields. We promise this will be one of the most relaxing and unforgettable travel experiences you’ll ever have. 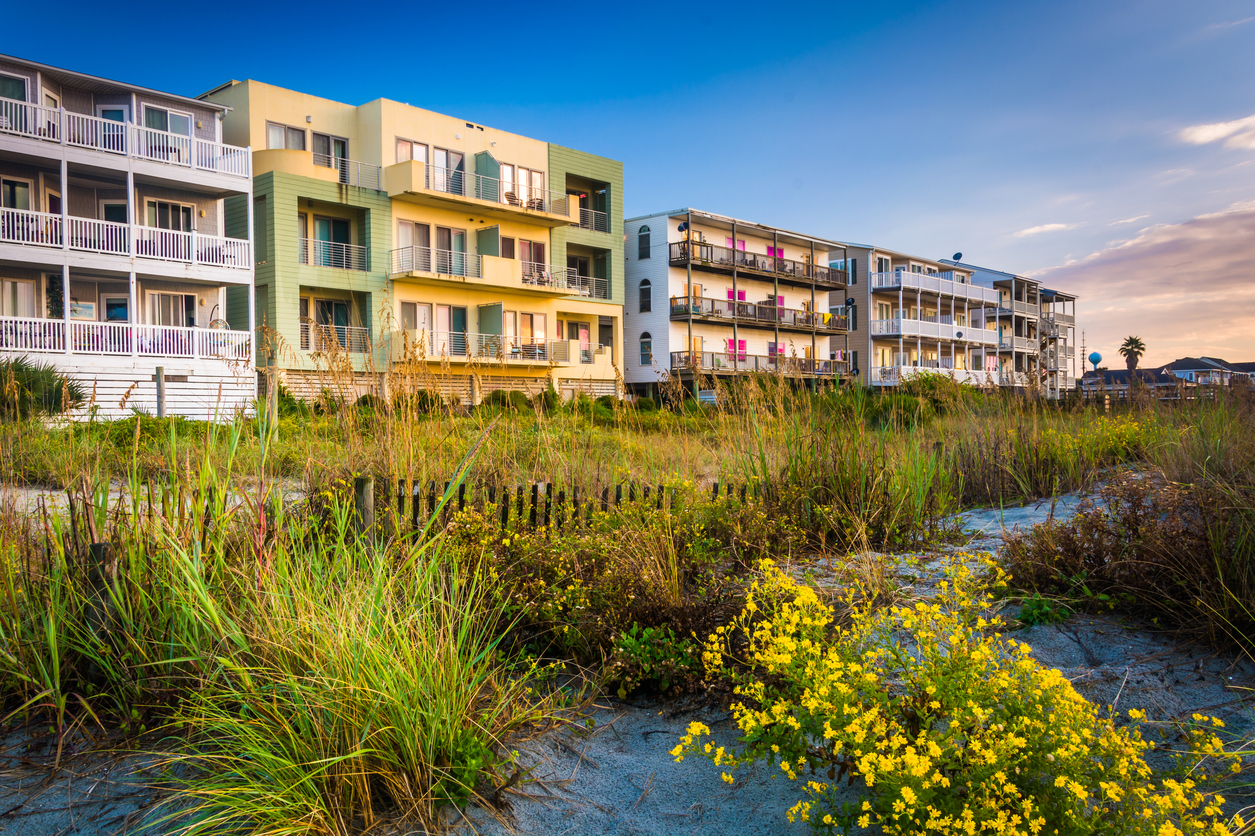 This Atlantic gem makes for a great, affordable day trip from Charleston (about 20 minutes to the north) or a long weekend in its own right. Already a regional favorite for families, Folly Beach brings in summer vacationers with sun, sand and surf, plus a nice variety of restaurants and fun shops along Center Street. If you’re up for more than just lounging, though, try your hand at kayaking, paddleboarding, fishing on the pier, boating and some of the seriously best surfing on the East Coast. 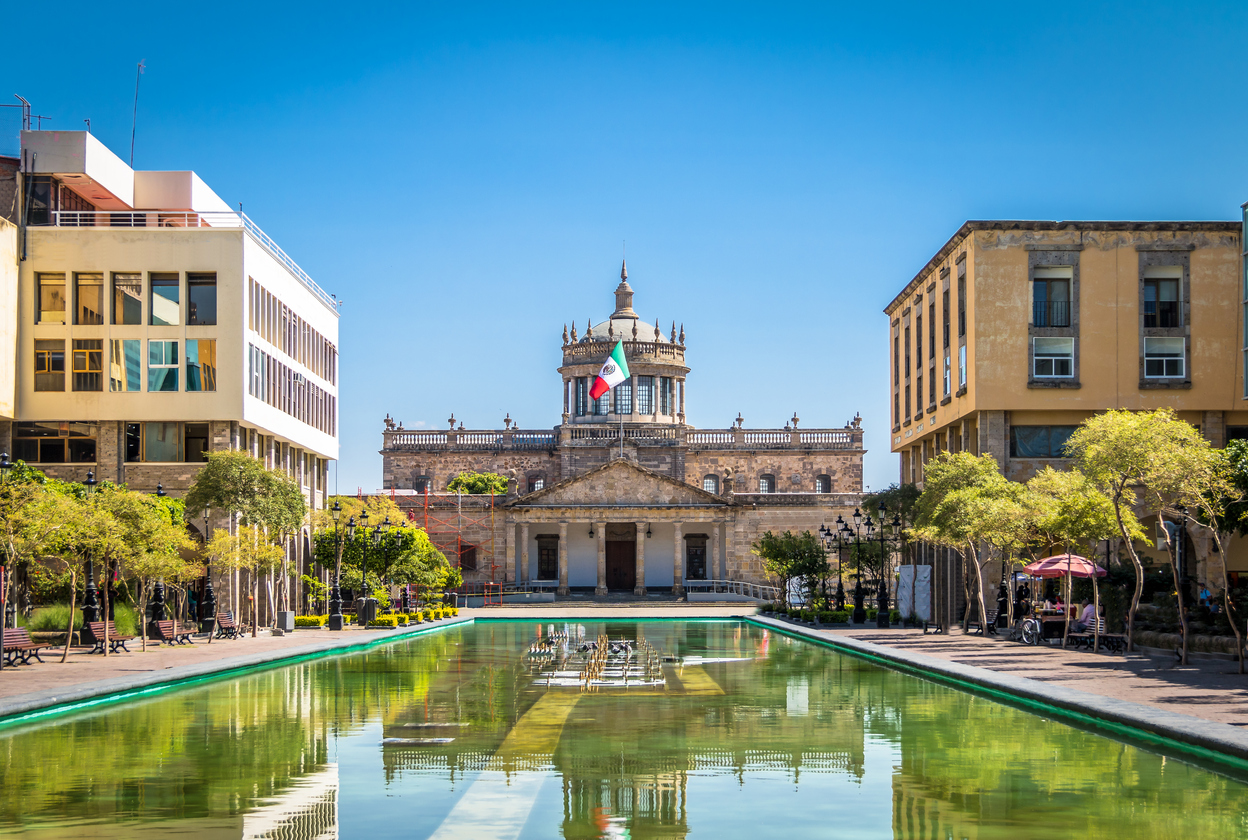 Ditch the beaches for once and instead give Mexico’s underrated second city the attention it deserves. The old city is infused with the sounds of mariachi bands and attractions like the Guadalajara Cathedral and the Mercado San Juan de Dios. Meanwhile, there’s the Providencia neighborhood, a hipster mecca and home to quirky shops and happening eateries like Cappucino’s 96. The state of Jalisco is the birthplace of tequila so be sure and spend a day among endless fields of blue agave and sampling tequila at big name producers like Cazadores, Cuervo and Herradura. 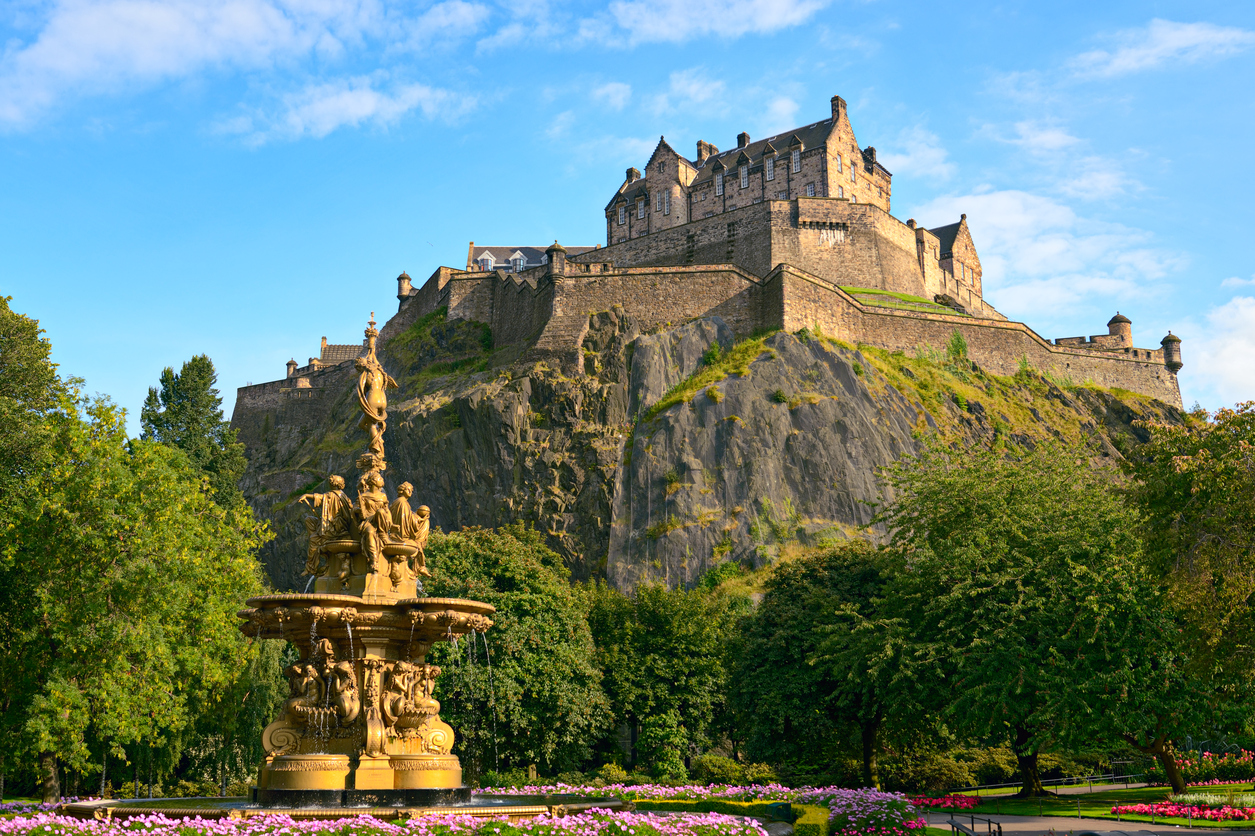 The US dollar is still strong against the British pound thanks to Brexit, so the UK is still more affordable than ever for US travelers. But instead of pricey London, why not check out a gorgeous Scottish city like Edinburgh? Edinburgh Castle is the main attraction here, but you’ll also want to take on the Royal Mile, a scenic walk from the castle to Parliament through Old Town, and make the hike up to Calton Hill to take in breathtaking views of the city. Meanwhile, the trendy Leith neighborhood is great place to duck into a pub for a whisky or beer, or feast on some haggis—we dare you! 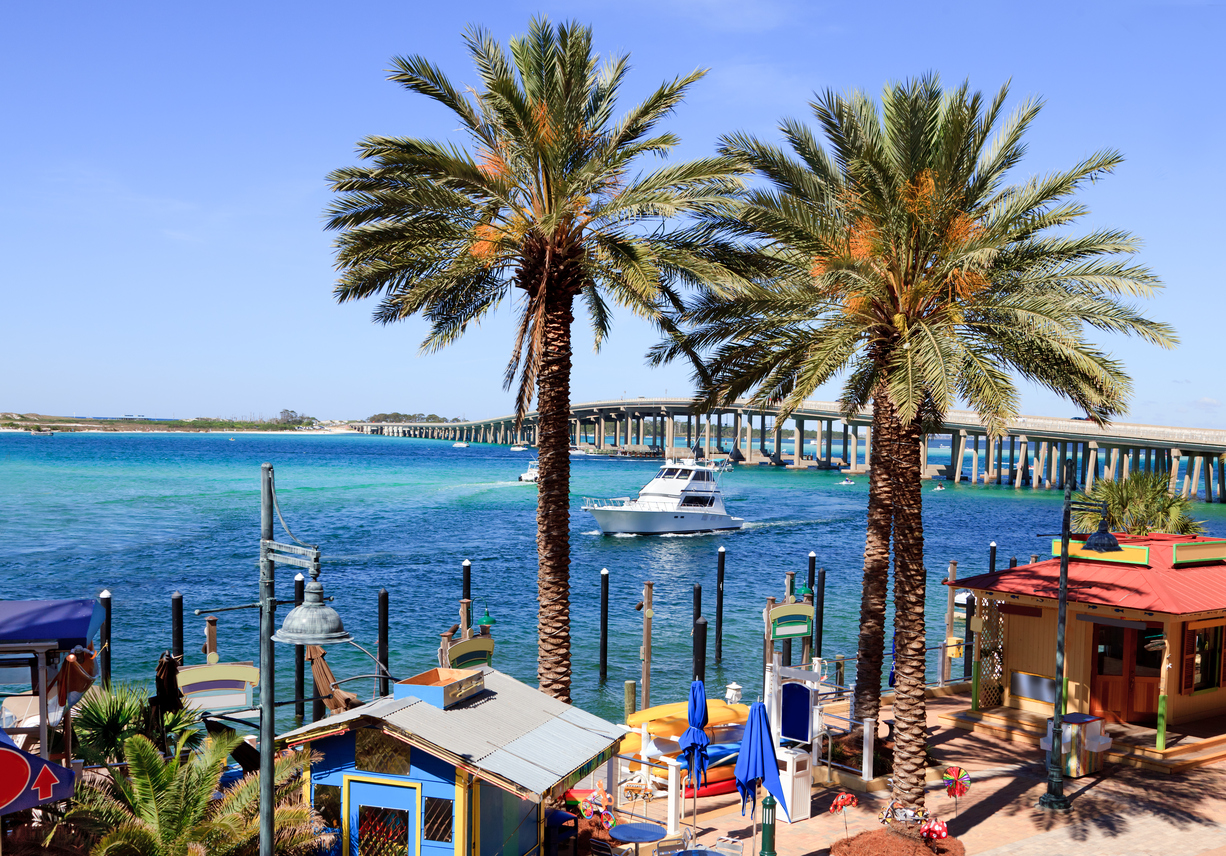 Cheap and cheerful, the Panhandle offers a little something for everyone. Enjoy a whiff of the cosmopolitan in downtown Pensacola; powdery white sand beaches in Destin; spring break antics in Panama City; camping, hiking and canoeing in Tate’s Hell State Forest; and quirky small towns like Seaside and Apalachicola. Much of the region caters to families and the budget-minded, including bargain hotels, irresistible happy hour deals and a plethora of ebullient and wallet-friendly seafood eateries right on the water.

ALSO: See more of the world for less—sign up for CheapCash today! 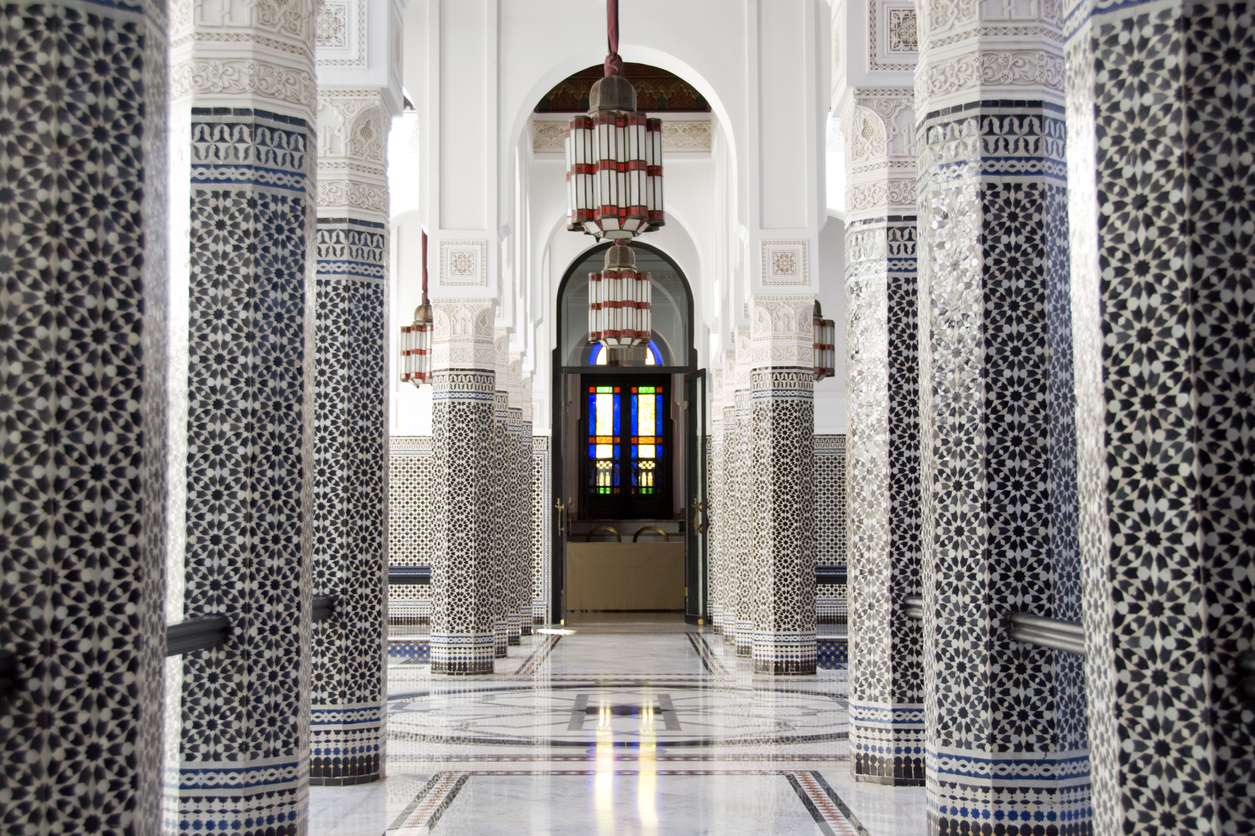 In 1942, Casablanca captured the imaginations of millions of Americans. Morocco was portrayed as an exciting, mysterious, exotic locale where anything can happen. The intrigue has yet to wane. Besides the must-see cities of Fes and Casablanca, all eyes are on Marrakesh, thanks to the interesting new YSL Museum, dedicated to the life’s work of legendary fashion designer Yves Saint Laurent. Add to the mix a new art fair, new galleries and a spate of shiny new hotels, and this could be a banner year for the city. 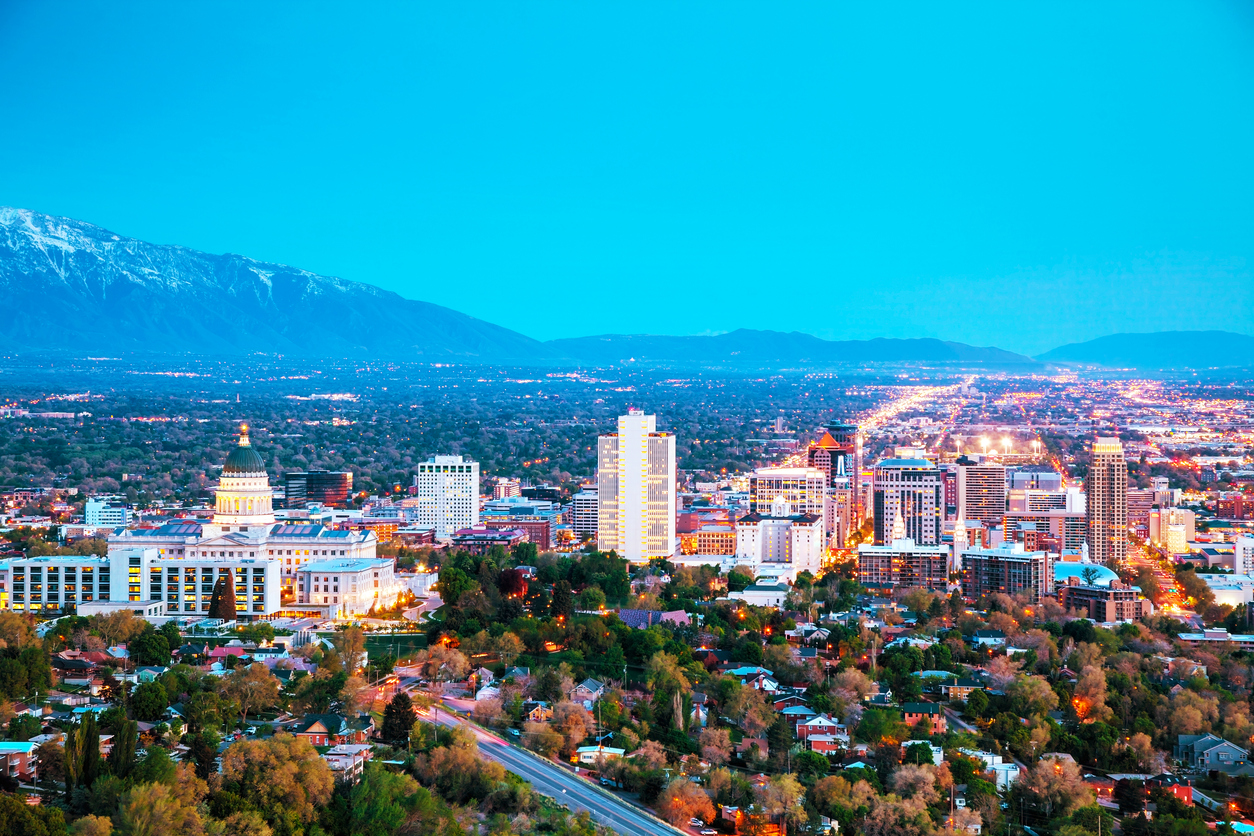 SLC made our list for its reasonable hotel prices, easy access to some of the best skiing in the country, and a quick hop to breathtaking National Parks (think Bryce Canyon, Arches and Zion—all less than five hours away). Not so outdoorsy? No, problem. Be sure to catch a sunset over Great Salt Lake, explore Temple Square and check out the city’s robust film, art, dining and bar scenes. 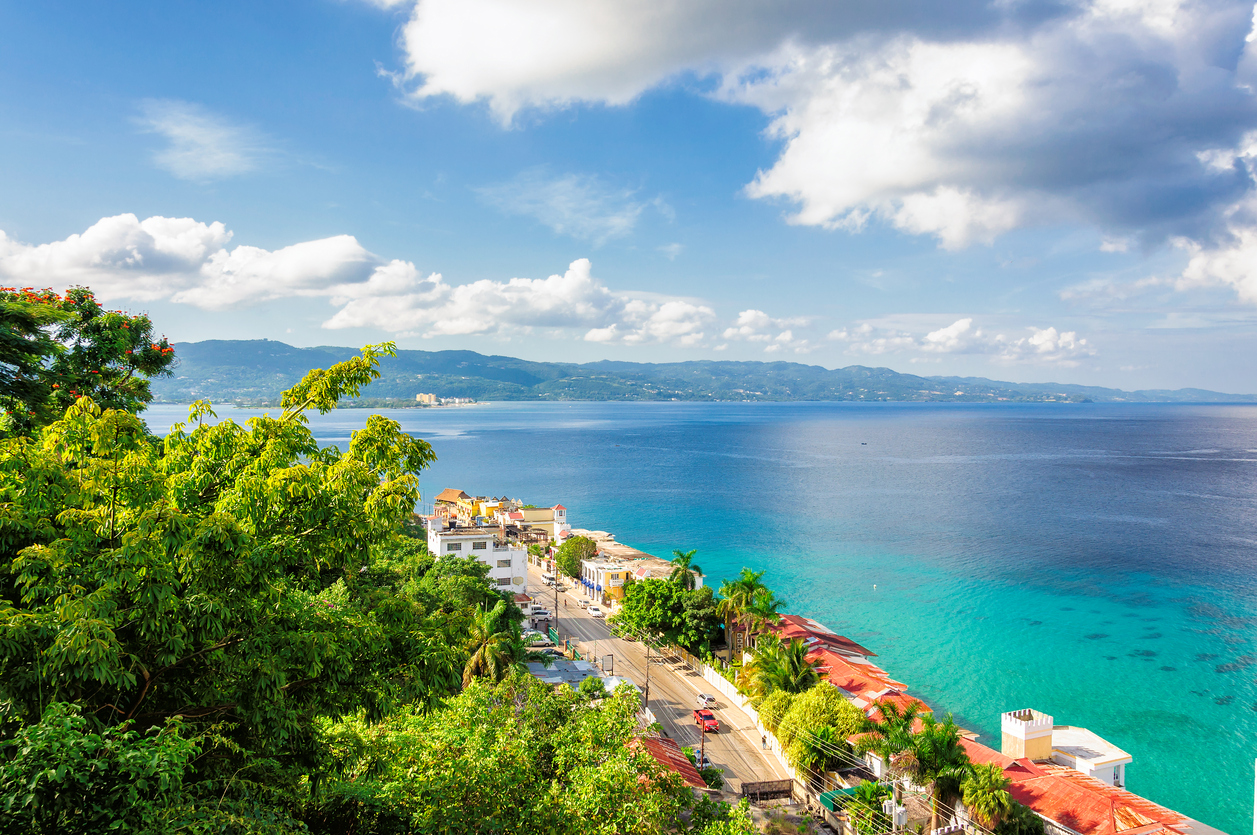 Jamaica was left more or less untouched by last season’s spate of deadly hurricanes. And while that’s a great reason to make it your next tropical getaway, we also love that destinations such as Montego Bay, Negril and Ocho Rios have plenty of affordable hotels and budget-minded all-inclusive resorts. And lest you think this is just another “could be anywhere” beach destination, makes sure you leave the resort long enough to catch a reggae show in the place where the genre was born, tour picturesque  sugar cane and coffee plantations, or hike your way around stunning natural areas like the  Blue Mountains or Dunn’s River Falls. 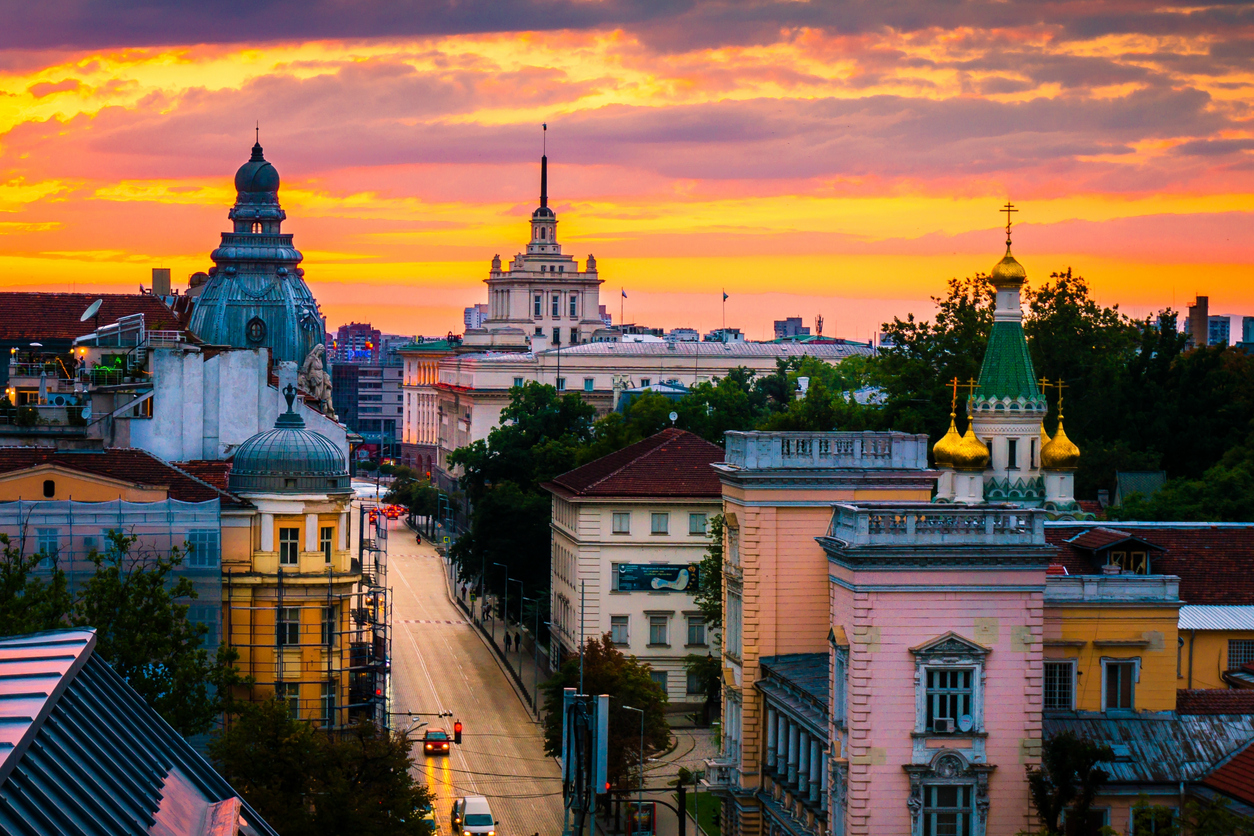 Tourism in the cheap and enchanting Balkan States has surged in recent years, but you don’t have to rush to Croatia just because all your friends are doing it. Bulgaria boasts plenty of Black Sea coastline and sun seeker-ready beaches to go with it. There’s also ancient monasteries, beguiling mountain ranges (the country is a skiier’s paradise), glacial lakes and the Instagrammable (check out the St. Alexander Nevski Cathedral) and easy to navigate capital city of Sofia. The country also boasts, ahem, fewer Americans. 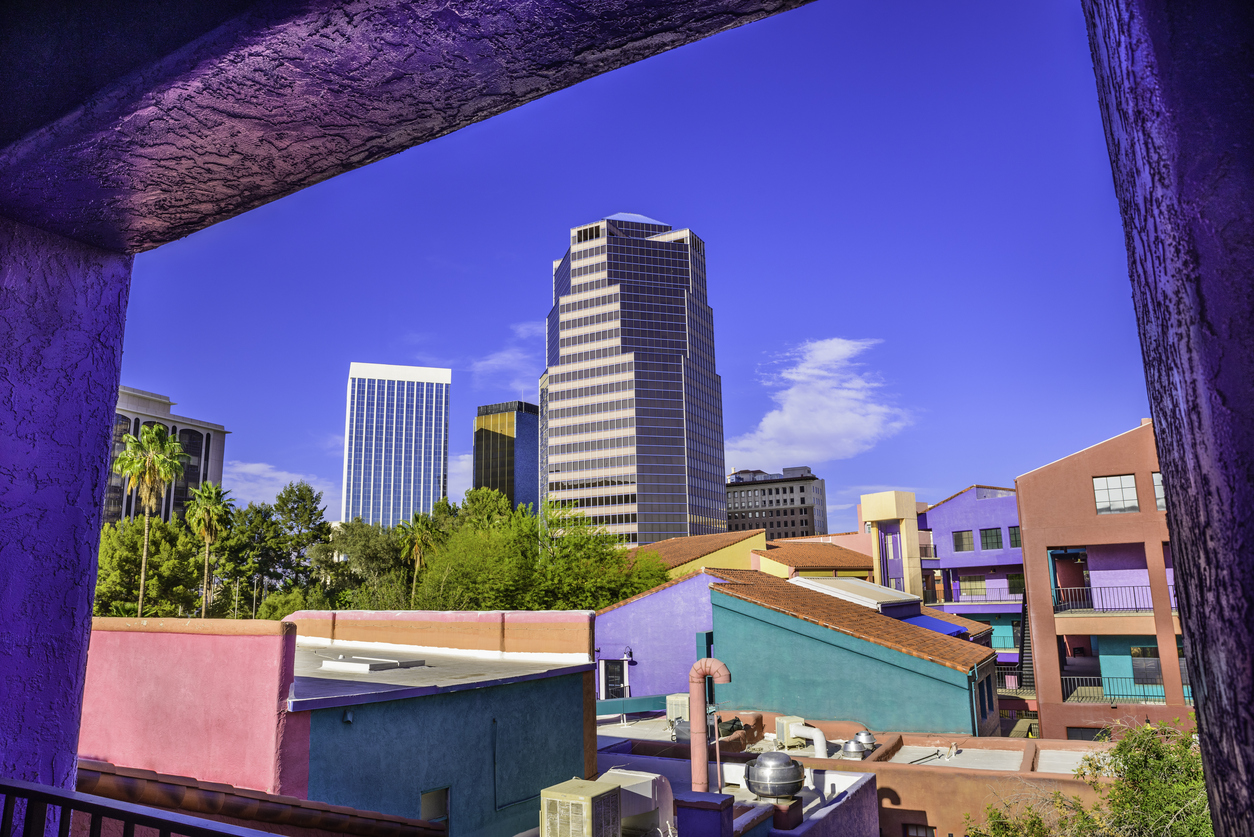 Looking out of a balcony “window” into the La Placita village and downtown Tucson city skyline.

A multi-culti blend of Mexican, European and Native American influences, sun-drenched Tucson has it all. Hemmed in on both sides by the stunning and mesmerizing Saguaro National Park (think a wide range of hiking plus attractions like Old Tucson Studios and the Arizona-Sonora Desert Museum) the city’s fun, funky and approachable dining and nightlife scene is not to be missed. Hit up eateries like 5 Points Market and Restaurant, Agustín Kitchen, Penca and HUB Creamery, and spend your nights boozing it up at places like the Congress Hotel and Owl’s Club. 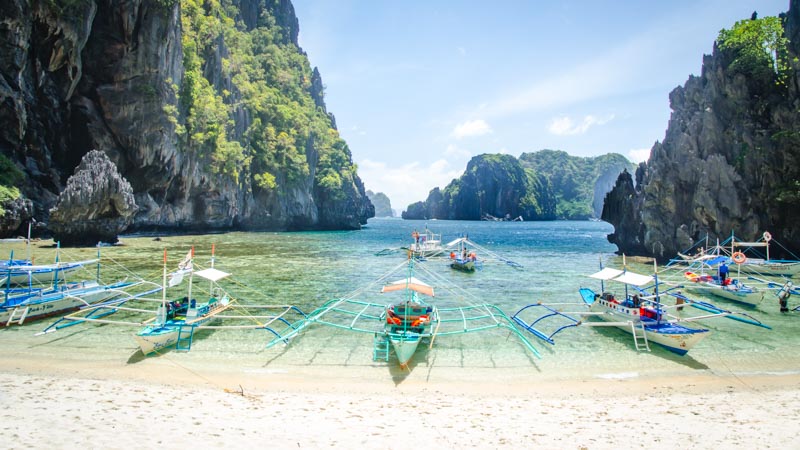 It doesn’t cost much to find yourself on amazing beaches like this in the Philippines | Photo by GettingStamped.com

Airfare to this nation of islands (well over 7,000 of them, in fact) is every penny pincher’s biggest budget conundrum, but once that hurdle is leapt, expect an extremely wallet-friendly tropical paradise. Sure, its president has authoritarian tendencies and takes pleasure in attacking the media, but the Philippines are safe and the country has much to offer the budget traveler, including surreal island scenery, unbelievable snorkeling and diving, rich treasures in the capital city of Manila and jaw-dropping prices including respectable hotels for as little as $30/nightly and hearty meals for under $5. 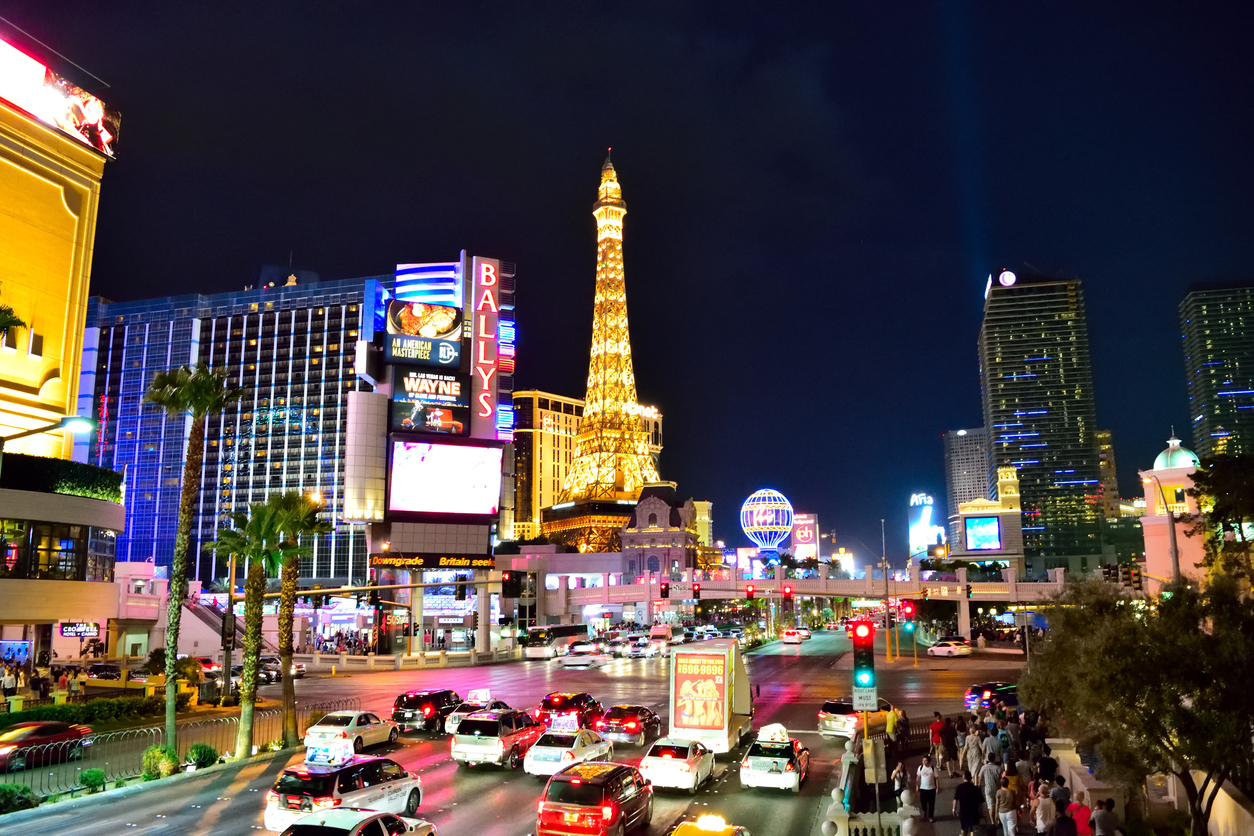 Las Vegas has had a sad, challenging year, but don’t let that deter you from a visit. The city still thrums with activity 24/7 and can be a steal if you play your cards right (get it?). Hint: Bargains abound off-Strip so book a room at the oh, so happening Hard Rock, check out cheap gaming at the Orleans and hit the beautiful—and free—rooftop pool at the Downtown Grand. Penny pinchers would be wise to enjoy the many natural offerings just beyond city limits and do take a gander at the selfie-worthy desert art installation “7 Magic Mountains” before it disappears later this year. 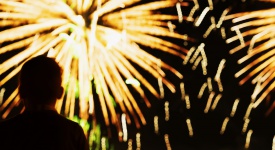 One thought on “The 13 best budget destinations for 2018”