7 most underrated foodie cities in America

The best part about America’s growing food obsession over the past decade or so is that cities like New York, Chicago and San Francisco aren’t the only places to find a great meal. These days, you can find global dishes made with local ingredients in Indianapolis, Indiana; an amazing cup of coffee in Grand Rapids, Michigan; and a lively food festival in Greenville, South Carolina. The following seven cities are making their mark on the food world, and are ideal destinations for a food-focused trip.

RELATED:Looking for cheap eats? These are the best tacos in America 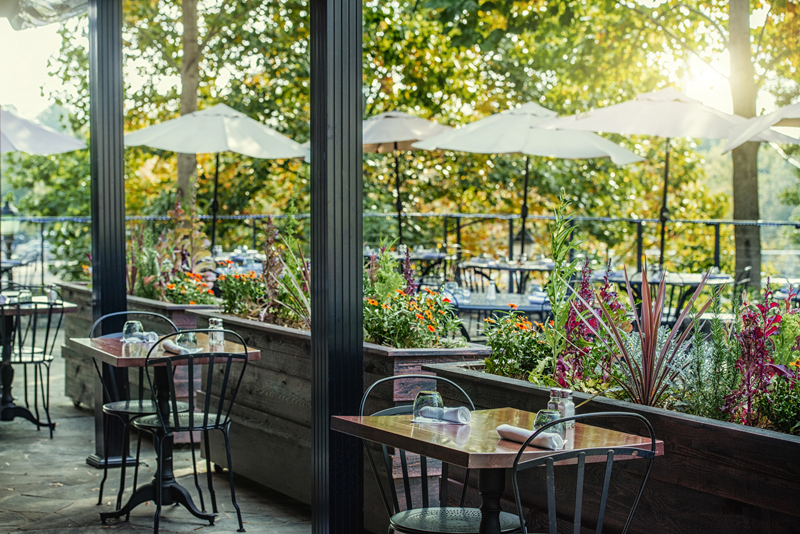 Each September, Greenville hosts Euphoria, a food festival from singer/songwriter Edwin McCain and restaurateur Carl Sobocinski of Soby’s New South Cuisine, a longtime Greenville restaurant and one of the restaurants leading the city’s culinary charge. The event brings together chefs and restaurants from all over the state but primarily celebrates Greenville, which has a huge array of restaurants, many of which are walkable from downtown. Try Passerelle, where Teryi Youngblood, a 2016 Chef Ambassador for South Carolina, serves French-accented dishes like mountain trout crusted with parsley and garlic.

Grand Rapids is mostly known for its beer, so you’ll want to hit Founders Brewing Co. and Brewery Vivant, among other spots. But at some point you need to refuel, and luckily, you can do that very well. Madcap Coffee features coffee classics alongside signature drinks like steamed cascara with red wine vinegar-vanilla syrup. Head to Field & Fire at Downtown Market for whole grain treats, or Grove, which celebrates Michigan ingredients with a tasting menu or a la carte offerings like Indian Brook trout with bean fritters and broccoli. 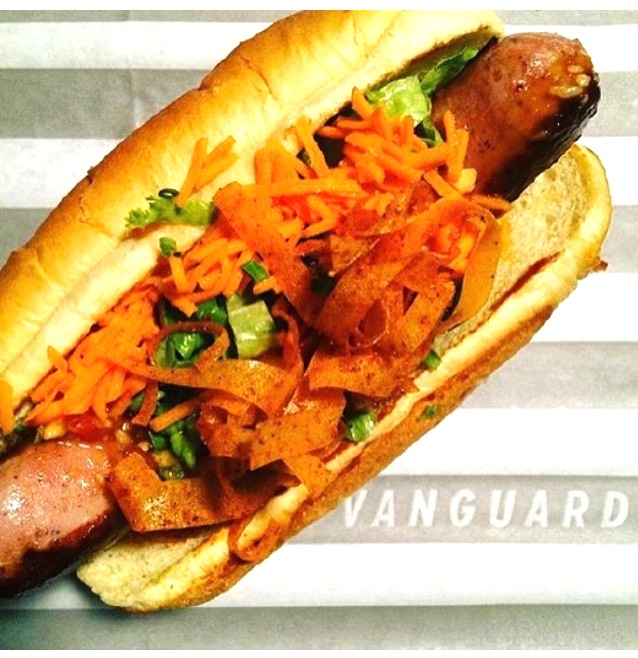 On Lake Michigan’s shore, Milwaukee offers something for every type of eater and drinker. The old brewery town still focuses on beer and there’s a mix of big breweries (Miller Brewing Co.) and smaller ones (Lakefront Brewery) as well as cocktails (old-school Bryant’s Cocktail Lounge, which opened in 1938 and still serves great drinks). For food, you can go high at Ardent, where Justin Carlisle serves a fine dining tasting menu; or low at Vanguard, where the wide array of sausages includes the Thai Breaker, a lemongrass and ginger-accented pork sausage topped with peanut sauce and carrots. 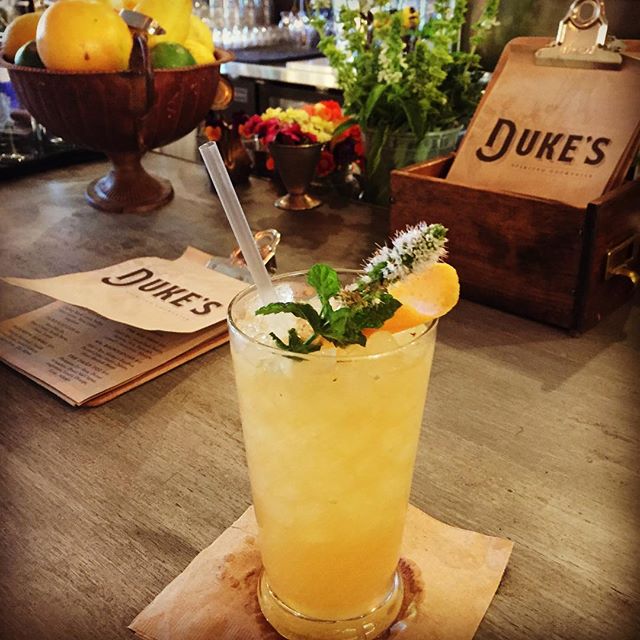 Healdsburg is nestled in Sonoma County and features restaurants that celebrate California cuisine and ingredients like The Shed, which is a restaurant, coffee bar, fermentation bar and retail shop in one. Perry Hoffman’s ever-changing menu at the Shedfeatures dishes like chilled fennel soup with crème fraiche and pickled garlic scapes. At Duke’s Spirited Cocktails, drinks like Night Vision, with locally made Spirit Works Barrel Gin and Sutton Cellars Vermouth mixed with carrot and caraway, offers a break for wine-weary palates. In November, chef Kyle Connaughton is set to open Single Thread, a farm, inn and restaurant that will further put Healdsburg on the culinary map. 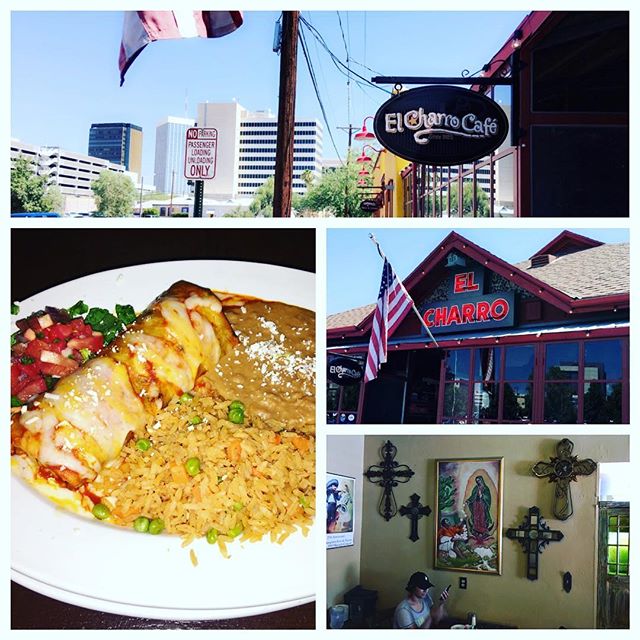 Located in the Sonoran Desert, Tucson offers a Mexican-inflected take on Southwestern dishes, as the city is only about an hour from the border. At El Charro Café, the oldest Mexican restaurant in the U.S., try carne seca, beef that’s dried, shredded and grilled, then served with green chile, tomato and onions. BK Tacos is the place to get Sonoran hot dogs, which are wrapped in bacon and served with pinto beans, fresh onions, tomatoes and several sauces, while Tucson Tamale offers dozens of tamales in flavors like chicken with green chile sauce.

Burlington, a quaint city located alongside Lake Champlain, spawned Ben & Jerry’s and Magic Hat Brewing Co., and it’s also home to many great spots for food and drink that haven’t made it beyond state borders. At Butch & Babe’s, the Chicago- and Bangkok-born owners mash up the dishes of their hometowns with Vermont ingredients, yielding items like spiced Vermont pork patties with Maple Wind Farm pork, apricot chutney and red curry yogurt. At Misery Loves Company, seasonal cocktails are served alongside steak tartare accented with smoky cheddar for Vermont flavor. 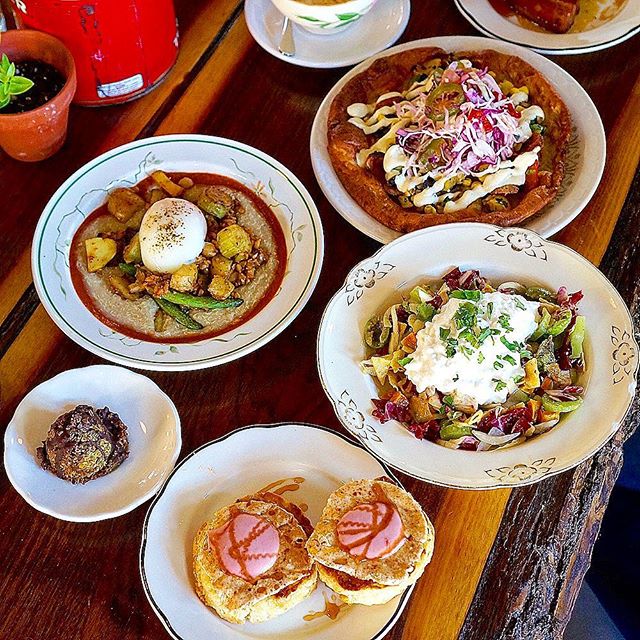 Indiana’s capital city is an eater’s paradise for two reasons—first, a huge number of great restaurants have opened over the past few years, including Milktooth, an innovative brunch spot; Marrow, which serves global dishes with Indiana ingredients; and Pioneer, where Alpine cuisine is on the menu. Second? The Indianapolis Cultural Trail features eight miles of bike trails that connect the city’s best eating and drinking ‘hoods, which means it’s easy to get around—and make room for your next meal.

Amy is Senior Editor at Plate Magazine, where she covers chefs and bartenders across the country. Based in Chicago, she has also written for Time Out Chicago, Chicago Tribune, Boston Globe, Serious Eats and Saveur. 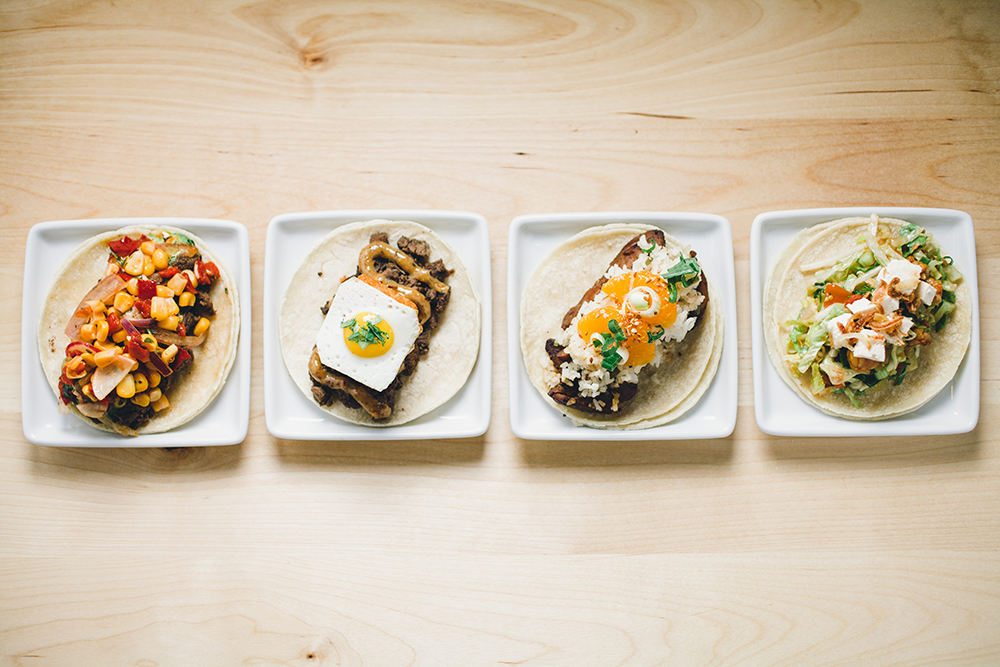 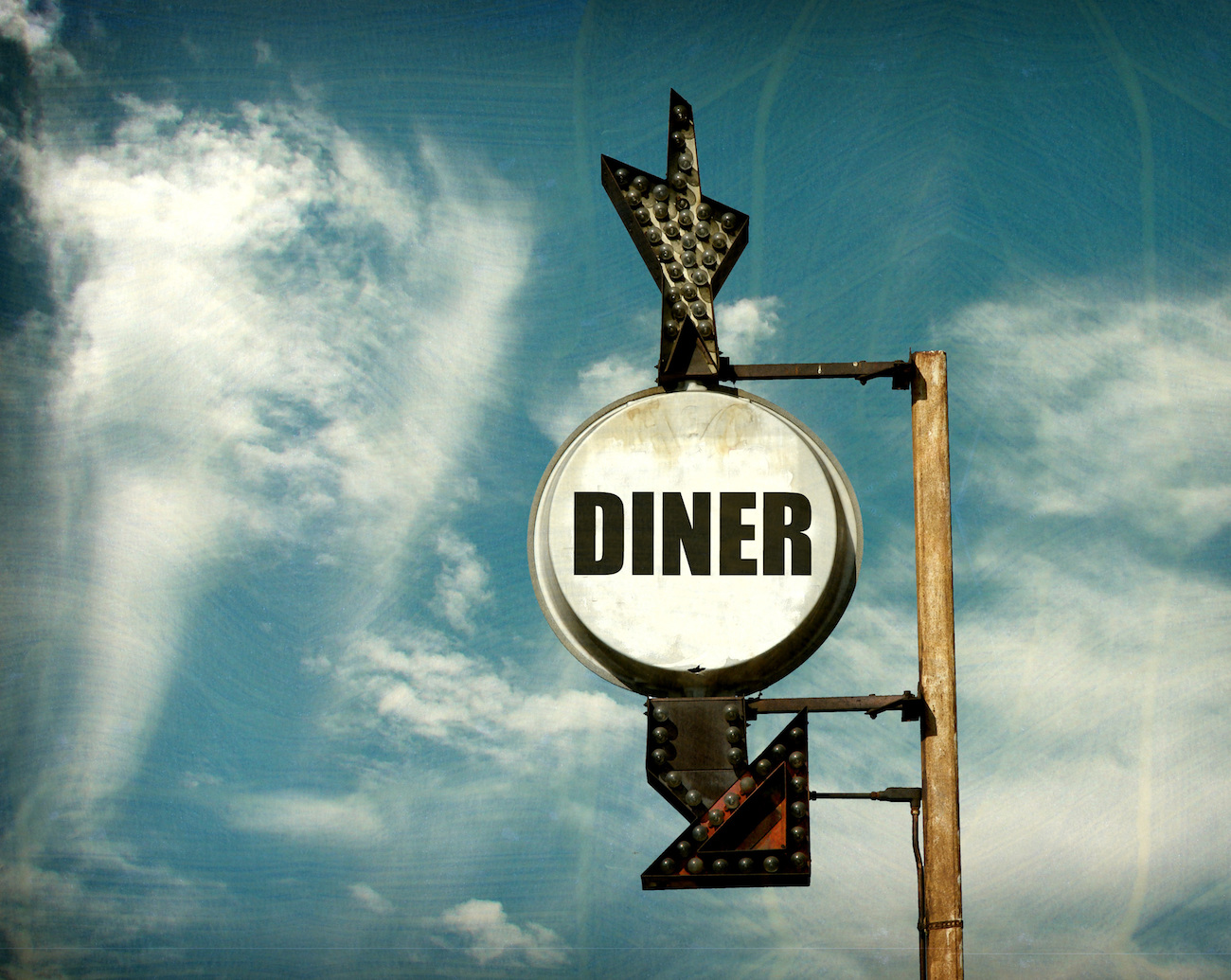 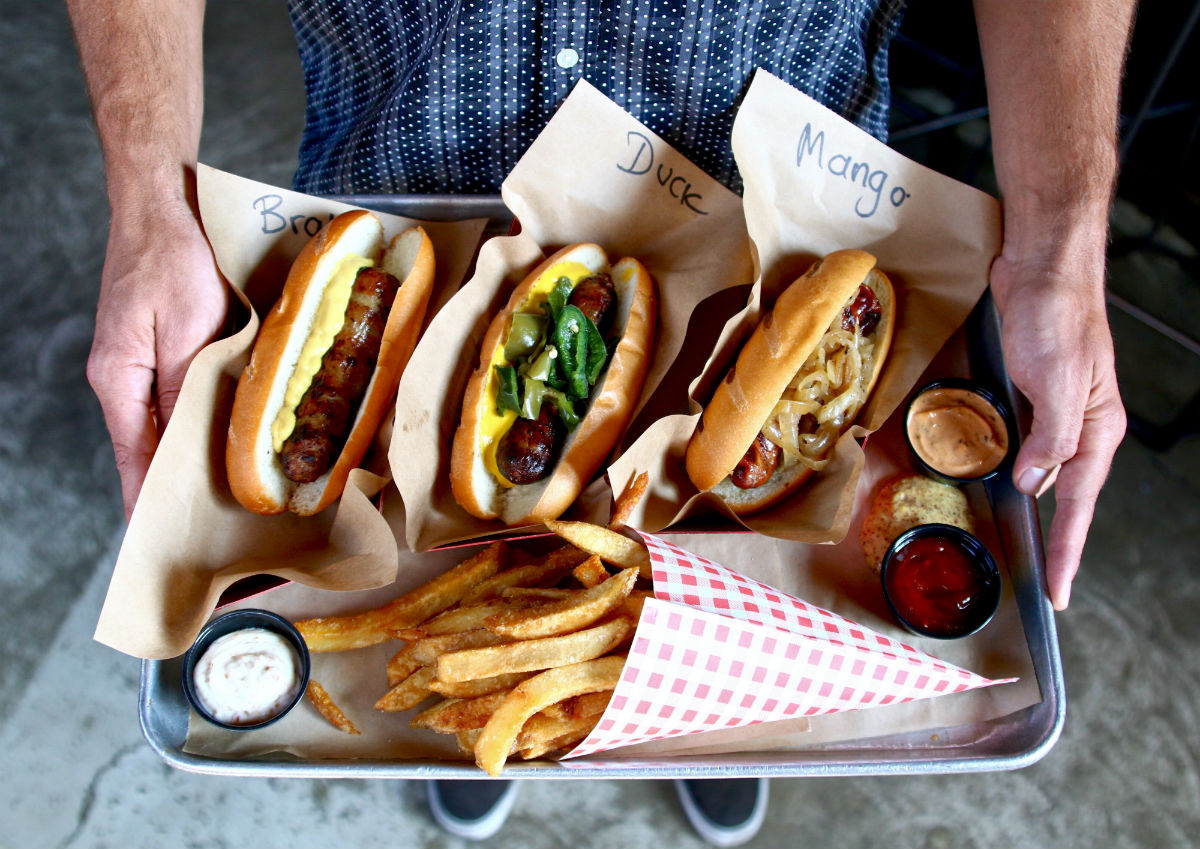 5 thoughts on “7 most underrated foodie cities in America”