The best summer music festivals of 2016

So we all know that summer is the season of the music festival. And it’s pretty much the best. Here’s a breakdown of the sweetest season’s best and brightest festivals, no matter what your taste in music.

Why to go: You mean besides being surrounded by arguably the best wine producers in the country? Oh, yeah—the headliners. Maybe you’ve heard of them. They go by Florence and the Machine, Death Cab for Cutie, The Lumineers, Cold War Kids. And that barely scratches the surface of the 70+ indie wonders  on the lineup, including the biggest name of them all: Stevie Wonder will be there, too, crooning to the dancing crowds. When you need to fuel up, just head to the food vendors—some of Napa’s best chefs—to pick up gourmet eats, craft beers, cocktails and, of course, local wines.­ 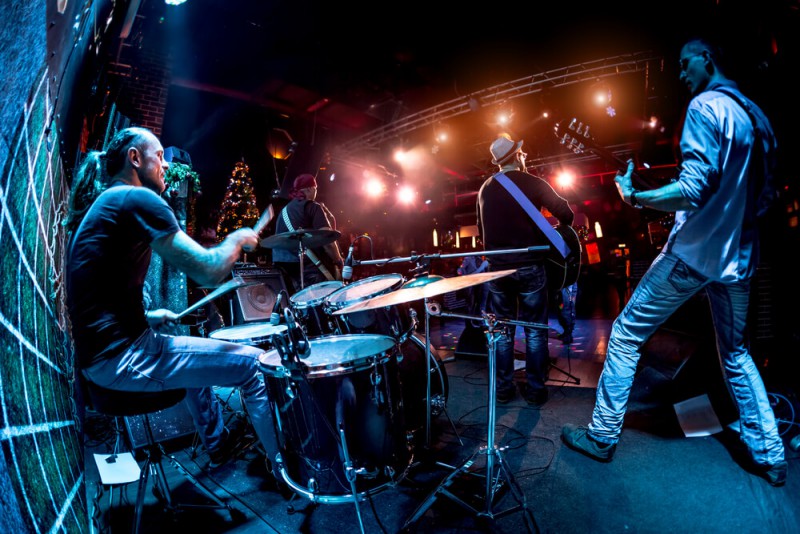 Why you should go: What better way to celebrate Memorial Day weekend than with a country-music blowout? This show is less about the scene and more about the music, and country heavyweights like Dierks Bentley, Eric Church, Darius Rucker and Lady Antebellum are all hitting the stage.

Why to go: This year, Pitbull, The Chainsmokers and Mike Posner are headed to Nikon at Jones Beach Theater for this one-day pop blowout. Meaning you can dance like crazy to hits like Mr. Worldwide’s I know You Want Me (Calle Ocho) and Posner’s I Took a Pill in Ibiza. Oh, and the Backstreet Boys will be serving up heaps of swoon-worthy nostalgia, so start practicing that late-‘90s choreography now! 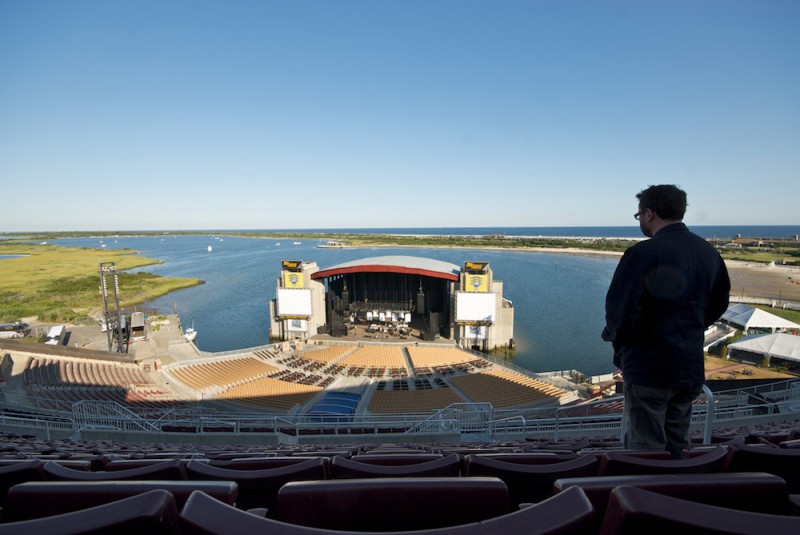 Why you should go: Nashville’s just about the best place you could pick for a country-music jam fest, and this Music City mainstay does not disappoint. This year, it draws top talent like Miranda Lambert, Carrie Underwood, Sam Hunt and Blake Shelton, but that’s barely the tip of the iceberg. There’s also meet-and-greets, celebrity sports events, nightly stadium shows (see the big stars above) and free concerts downtown every day.

Why you should go: Meghan Trainor, Fifth Harmony, Iggy Azalea and Charlie Puth will all be there, so really what’s your excuse? Besides the lineup, this one-day blowout takes place in one of the coolest outdoor concert venues, tucked away in a beautiful state park along Zachs Bay. So the soundtrack of the summer basically comes with beautiful, summery nature views. 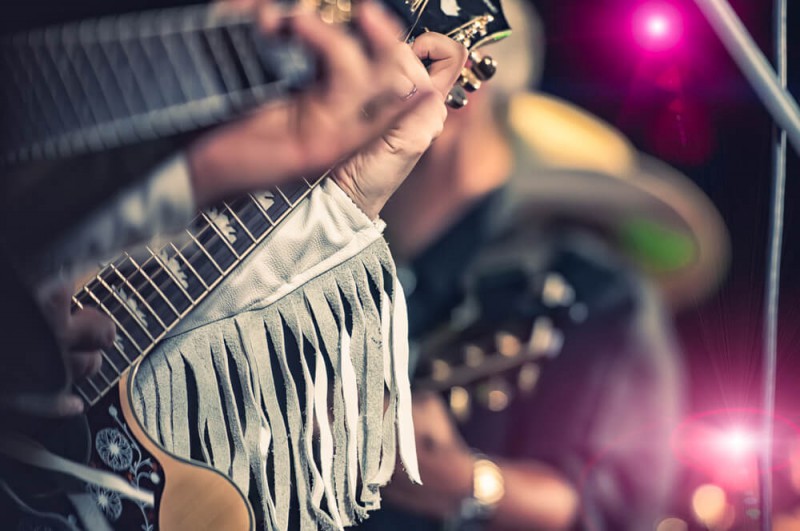 Why you should go: Luke Bryan. Lady Antebellum. Thomas Rhett. Since this festival only does stadium shows, its lineup reads like a who’s who of country-music superstars. The second-best part? The festival-sanctioned tailgating. Get there early on the 18th for a free concert, meet-and-greets and some tasty grub.

Why you should go: R&B reigns supreme at this riverfront fest, not the more typical rock and country. Meaning stars like Fantasia, New Edition and Leela James headline the event, which has more than 50 years of history behind it. Meaning its two stages has hosted greats like Duke Ellington and Aretha Franklin, and later, Maxwell and Jennifer Hudson. 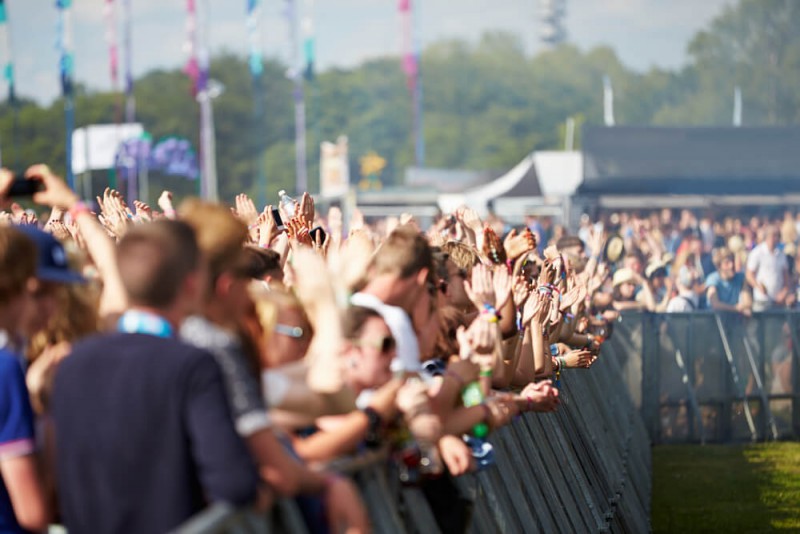 Why you should go: The image that comes to mind when you think of music festivals is probably someone’s slightly drunken Lollapalooza memory: a ripped-from-an-Urban-Outfitters-catalogue scene of flashing peace signs, selfies, festival fashion, booze, and all-around good times. This 25-year-strong festival lights up Chicago’s Grant Park every summer, and is showing no signs of falling off the must-hit summer festival circuit. And while it’s lost some of its Woodstock-like vibe along the way (though you can still shop a farmer’s market and hit up Lolla Cares), the music hits keep on coming. This year, headliners include Radiohead, LCD Soundsystem, Haim, Lana del Ray, and the band that started it all—Jane’s Addiction.

Why to go: One of the most forward-thinking festivals is set against one of the most beautiful parks in the U.S.: Golden Gate Park. Amid the National AIDS Memorial Grove, botanical gardens, a Japanese tea garden and a handful of museums, some world-renowned showstoppers—LCD Soundsystem, Radiohead, Lana del Rey and Lionel Richie—will be crooning to the crowds. Throughout, you can hit up Eco Lands, the festival’s center for all things eco-friendly. Besides that, there’s—well, there’s a ton more. Take a break from dancing and recycling to sample goods from the onsite cocktail bars, local restaurant vendors, food trucks, local wineries and breweries hawking their delicious goods onsite. 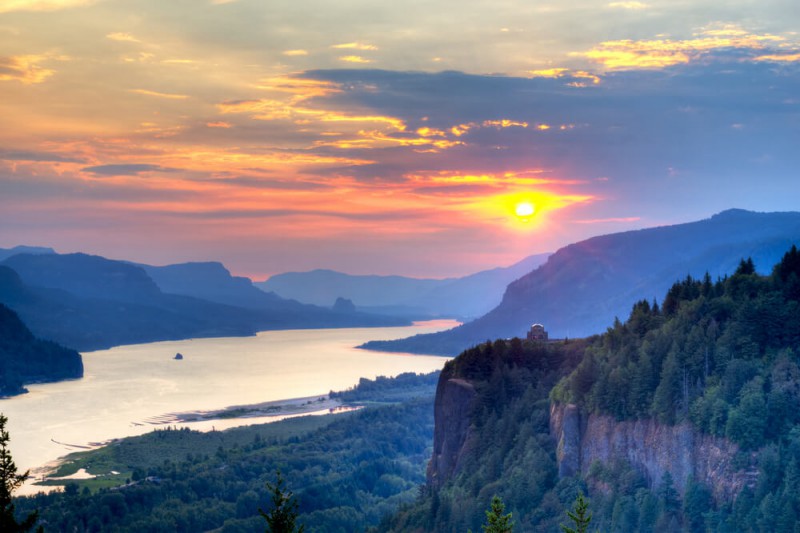 Why to go: Most folks camp out at Watershed, tailgating and roughing it in their RVs in the shadow of the gorgeous Columbia River Gorge. It’s a surprisingly fun way to wait for the likes of Raelynn, KaceyMusgraves, Eric Church and A Thousand Horses to hit that floodlit stage at The Gorge. But don’t worry—hotels are fine, too. Either way, if you want to kick up your heels all weekend long, this one’s not to be missed. 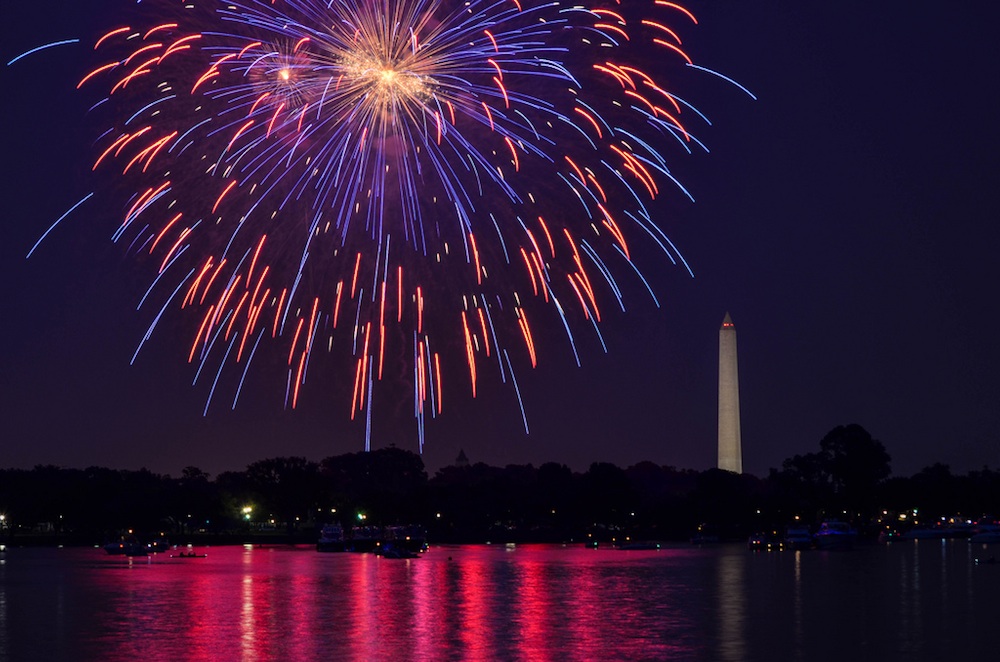 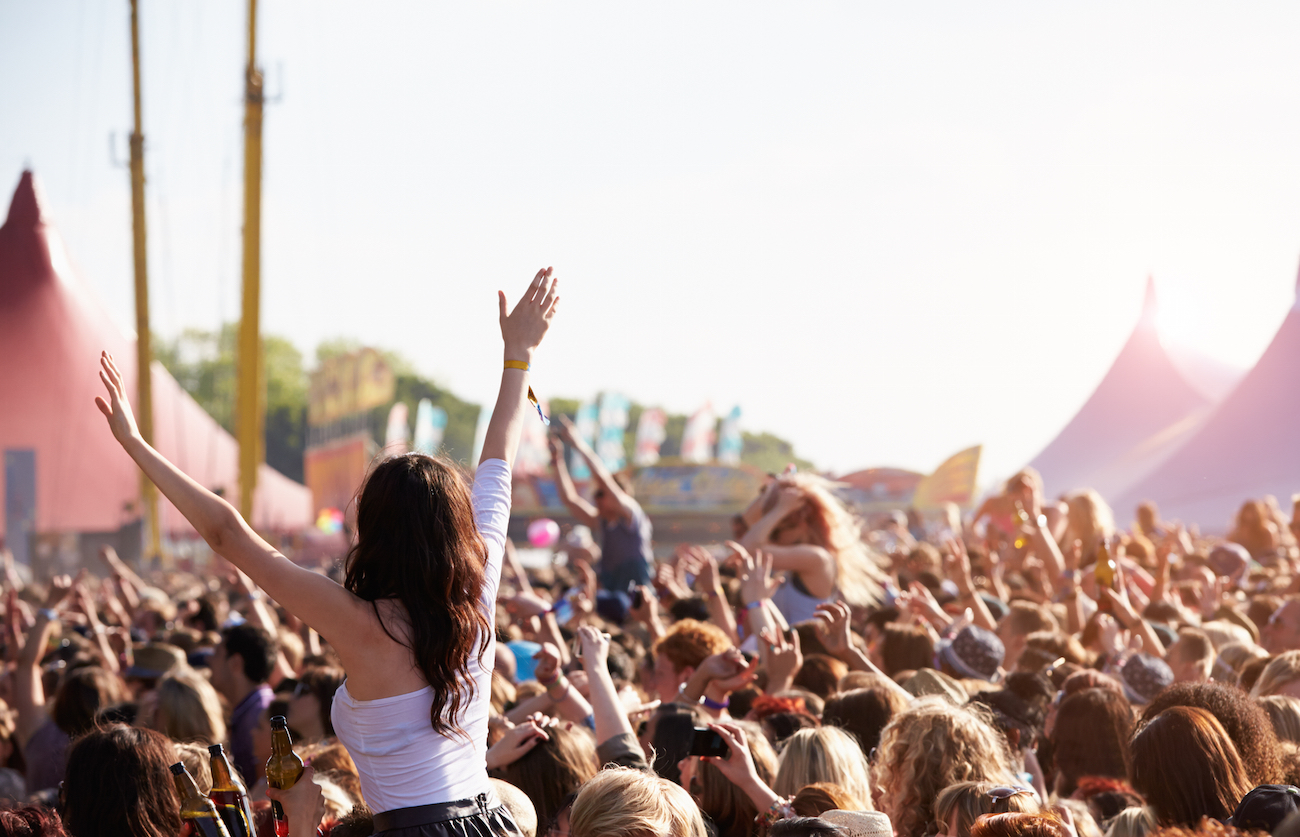 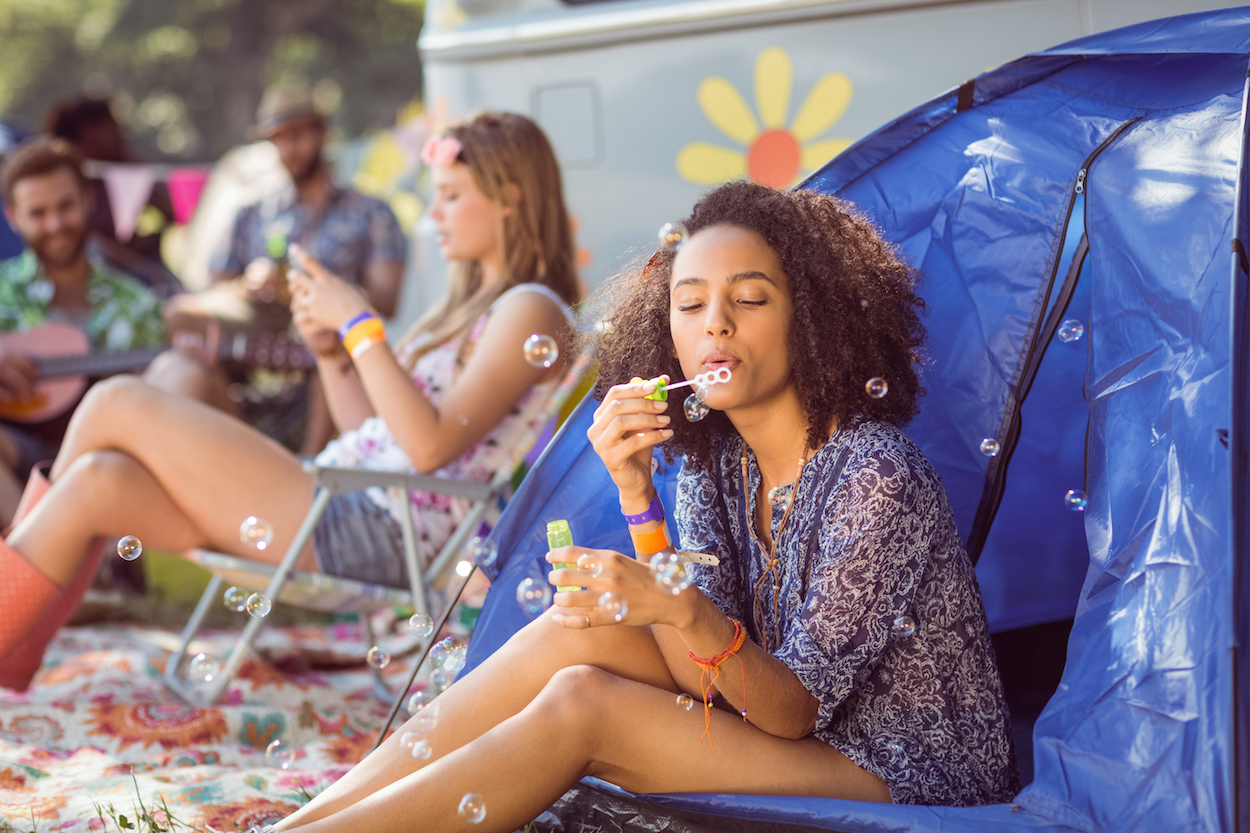 One thought on “The best summer music festivals of 2016”