Many a traveler have dreamt of taking a life-altering service trip where you get to help and learn from others whose world is entirely different from our own. One that changes your entire perception on life, fills you with gratitude and embraces you with meaning. In fact, 60% of Americans would consider taking a service trip, but time and money are the two biggest obstacles in their way. We think we can help out with the latter. 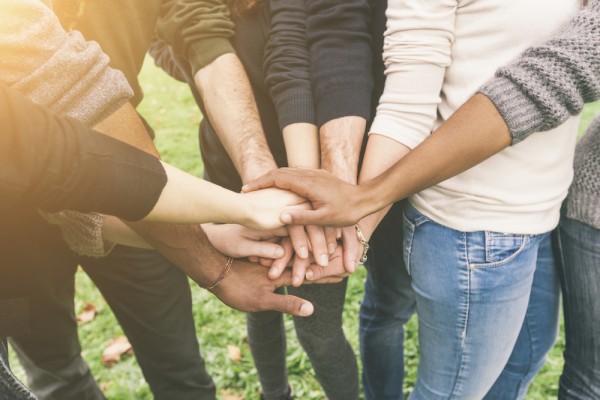 Here are three things to keep in mind when planning a service trip:

Think domestic: A service trip does not have to involve a transcontinental voyage. Cut travel costs and trip length by seeking opportunities in cities that are accessible via a short plane ride or are within driving distance.

Add service to an existing trip: Make any trip a service trip by carving out a little time to do some good wherever you are. Identify local organizations and projects that could use some help for a day (or even a few hours) during an already planned vacation.

Serve with friends: Reduce accommodation costs by rallying a group to travel with and share a room. A difference and memories can be made by providing several pairs of helping hands.

Next, you need to decide where to go. We’ve put together this list of cities and volunteer programs that are ripe for a memorable service trip:

1. Memphis: National Civil Rights Museum/Clean Memphis and Leadership Memphis’ MLK Day of Service
Site: Built around the former Lorraine Motel where Dr. King was assassinated in 1968, the National Civil Rights Museum underwent a massive renovation and reopened in 2014. Featuring interactive exhibits, self-guided tours and several films, this educational and historic site is not to be missed.
Service: Clean Memphis and Leadership Memphis partner for this MLK Day of Service to host volunteers for beautification projects in communities across the city.

2. Boston:Radcliffe College Yard & Schlesinger Library/Boston Cares’ MLK Day of Service
Site: Founded as the “Harvard Annex” in 1879 and historically serving as the “Harvard for women,” Radcliffe College officially merged with Harvard in 1999. Now, Radcliffe College Yard is a part of the Harvard campus and is home to the Schlesinger Library, which houses some of the most extensive resources for research as well as exhibits on the history of women in America.
Service: Over 500 volunteers are expected at Boston Cares’ “reading success”-themed event where they will create literacy games, reading journals, bookshelves and more to promote learning and literacy among the city’s youth.

3. Washington, D.C.: MLK Memorial & National Mall/MLK Day of Service with City Year Washington, D.C.
Site: Erected in 2011, the Martin Luther King, Jr. Memorial stands 30 feet tall and features quotes from many of Dr. King’s sermons and speeches. The memorial is located just southwest of the National Mall, where during the March on Washington, Dr. King delivered his renowned “I Have a Dream” speech in 1963.
Service: Join other volunteers across the D.C. area at local schools as City Year Washington D.C. organizes projects like school beautification, mural painting and workshops for youth.

4. Little Rock: Little Rock Central High School/MEGA KINGFEST’s A Day of Service
Site: Visit the Little Rock Central High School National Historic Site Visitor Center, adjacent to the high school, to learn more about one of the most prominent national examples of the implementation of anti-segregation laws.
Service: Volunteer at one of the largest celebrations of Dr. King’s life as The Arkansas Martin Luther King, Jr. Commission hosts 2016 MEGA KINGFEST which will feature celebrity speakers, a non-violence youth summit and service projects like feeding the at-risk.

What to win a free service trip? Nominate a volunteer you know and tell us why they deserve a service trip. If you’re entry wins, we’ll give you both a free trip.