The Big Easy might be “it” when it comes to Mardi Gras. But it definitely isn’t the only. Colorful celebrations happen across the U.S. — and they come with a lot of the same bells and whistles you get in the French Quarter. We’re talking Zydeco bands, great Cajun food and parades that seem to go on for days. Oh, yes, and beads. Lots of ’em. If you can’t hop a flight to New Orleans, save some cash and hit a party near you. Here are six of our top picks. 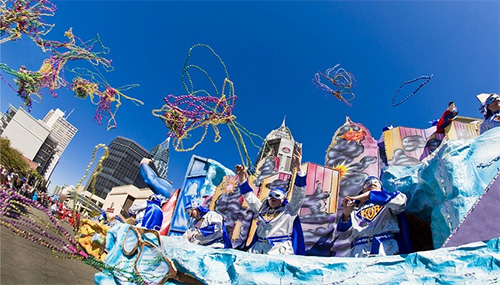 MOBILE, ALABAMA
NOLA’s southern neighbor hosts a dizzying 39 parades over 19 days. Standing idly byisn’t an option; onlookers clamor for beads or go for the ultimate catch: moon pies (chocolate-coated graham cracker cookies with marshmallow in the center). Apart from parade mania, touring the local Carnival Museum is a must and puts the partying in perspective by showcasing the history of Mardi Gras and how it originated in Mobile. For a real insider feel, grab a ticket to a Mardi Gras ball. It’s not uncommon for Mobillians to have a closet full of ball gowns and for men to own a set of tails. Most balls are invite-only, but some bigger groups, like Mystics of Time and Stripers, may open ticket sales to the general public. Mardi Gras celebrations are held through Feb. 17. 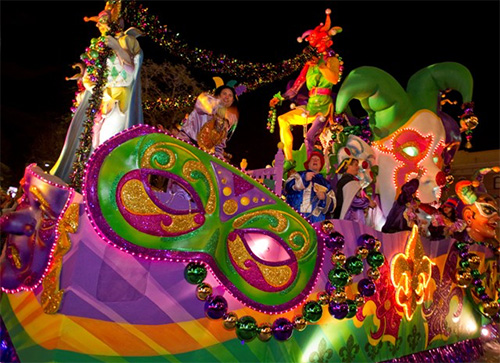 UNIVERSAL ORLANDO RESORT – ORLANDO, FLORIDA
If you’re traveling with kids, this tamer celebration is the one to hit. After all, it takes place on Universal Studios property — home to the Despicable Me Minion Mayhem ride and The Wizarding World of Harry Potter. The spirit of N’awlins sweeps in from February 7-April 18, when days in the theme parks are capped off with Cajun food, a parade and live concerts. Every week there’s a major headliner, and this year’s lineup includes Jessie J, Kelly Clarkson and Trey Songz. On a smaller stage, New Orleans bands bring Bayou sound to the scene. 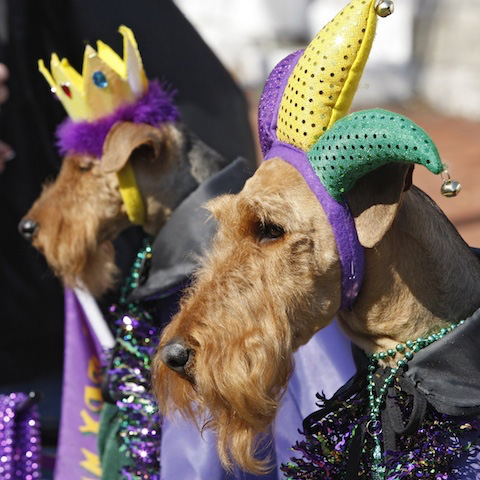 SOULARD – ST. LOUIS, MISSOURI
On any given day, jazz and blues music steams from the many nightclubs in St. Louis’ Soulard neighborhood. It gets especially happening during Mardi Gras, which the historic French district actually turns into a month-long affair (January 6-February 17). Parades wend past the Anhauser Busch Brewery, Cajun cook-offs add sizzle, and even dogs get involved; on the second Sunday before Mardi Gras there is a pet parade (yep, the pups get dressed up, sparkly boas and all). Anyone is free to have a float in the parade, as long as you register your “krewe” (organizations, clubs or groups of friends). That said, it’s just as fun standing on the sidelines, cheering on the drag racers, musicians and costumed merry-makers.

MAGIC HAT – BURLINGTON, VERMONT
For 20 years, local brewery Magic Hat has thrown a Mardi Gras shindig, which is known for its parade down Main Street. Trumpets blare, jugglers wow, floats roll by and drums keep the beat as hundreds of people look (and drink) on. The parade is followed by after-parties on Church Street and throughout downtown Burlington. For true local flavor, venture a few minutes from downtown to Magic Hat’s Brewery and Artifactory, where tours are led and revelry is at a peak. Not only is this Mardi Gras a fantastic party, but it’s one with a purpose: This year’s proceeds benefit the Vermont Foodbank. Held Feb. 27-Mar. 1. 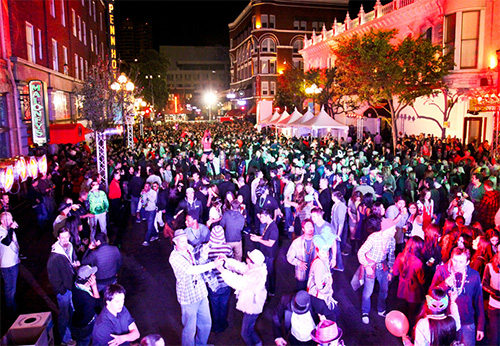 THE GASLAMP QUARTER – SAN DIEGO, CALIFORNIA
The second largest Fat Tuesday celebration in the U.S. is more street party than cultural immersion — but it’s alluring all the same. The GasLamp Quarter, with blocks of bars, clubs and restaurants, is San Diego’s major entertainment district. On February 17, it kicks into overdrive with five outdoor stages, DJs and a night parade with bands, floats, classic cars, belly dancers and Brazilian entertainment that could rival that of Carnival. Snoopadelic headlines the event, so crowds are expected to be thicker than a bowl of gumbo. 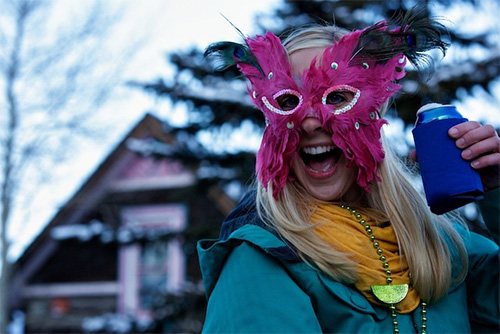 BRECKENRIDGE MOUNTAIN  – BRECKENRIDGE, COLORADO
More than 15 years ago, a group ofNew Orleanians moved to this mountain paradise and brought a little bit of NOLA with them. Their modest celebration has expanded to the whole town of Breckenridge and includes live music, fire dancers and snow play. On Fat Tuesday, several blocks of Main Street shut down for a street party featuring Chris Daniels & the Kings, a jazz and swing act that’s performed with B.B. King. Larger-than-life puppets and harlequin-masked bon vivants light up the night as the sun sets behind the peaks of Breckenridge Ski Resort. New Orleans-themed food and drink specials are available at restaurants throughout town. Held Feb. 17. 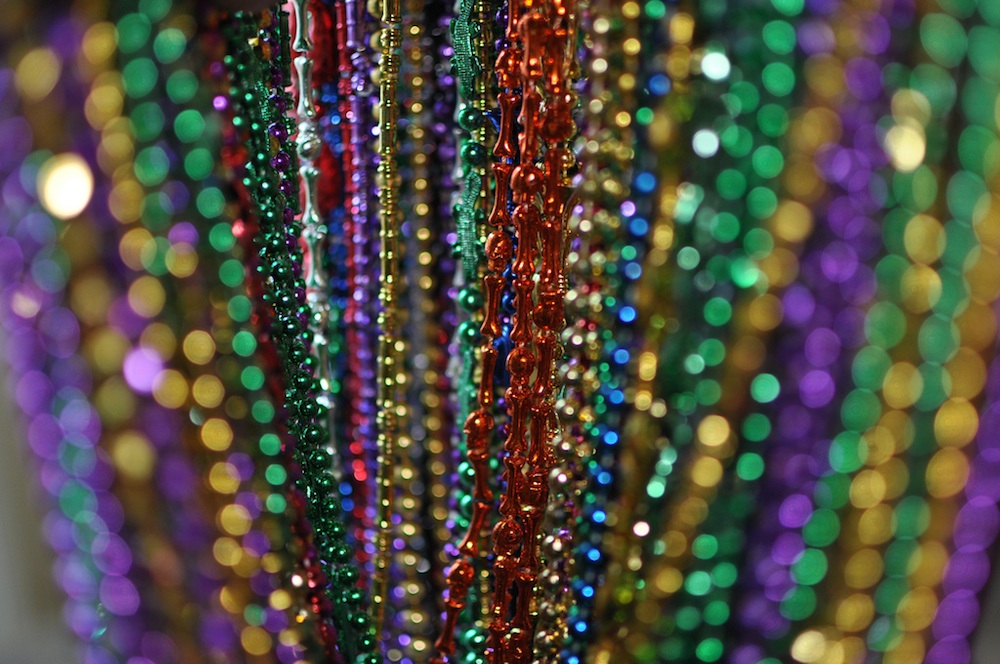 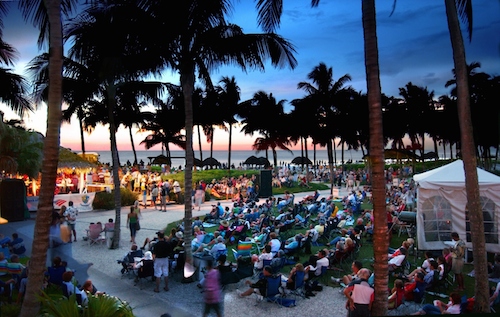 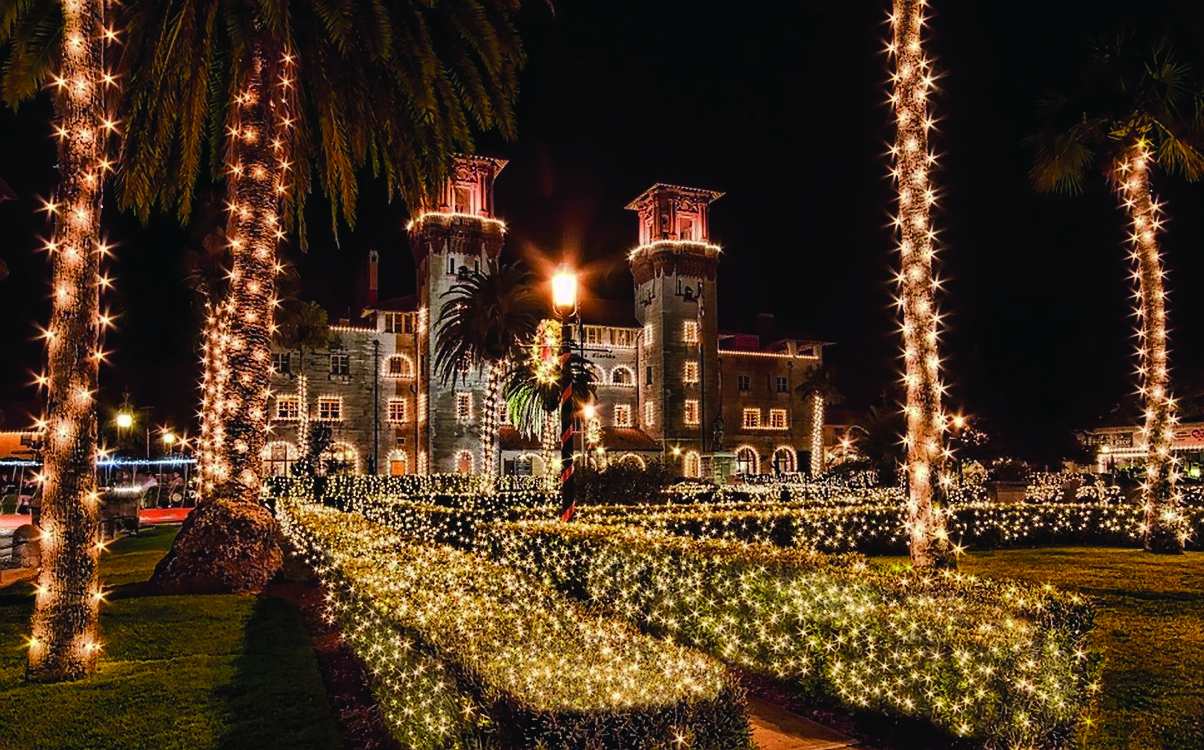 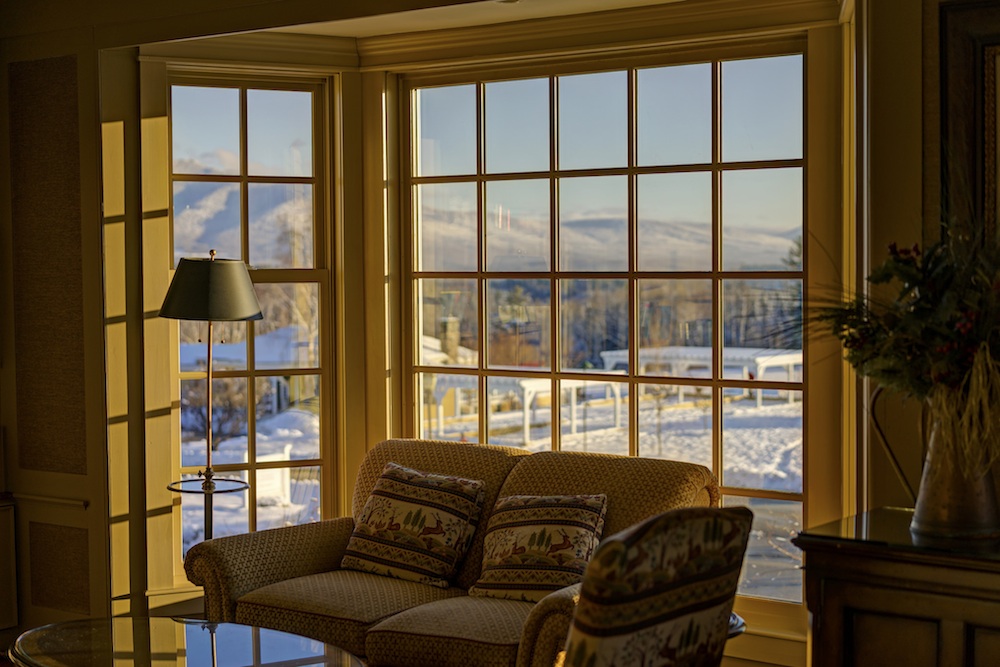